Entrepreneurship and innovation are two common concepts in the political discussion and are often mentioned as conditions for economic growth and sustainable development. At the same time, there is some uncertainty with regard to what is actually meant by the terms and what the connection between them looks like. There are several parallel perspectives that lead to various conclusions regarding the public sector’s role and opportunities of affecting development in these areas.

This report removes part of the prevailing ambiguity by describing the connection between entrepreneurial activities and innovations based on the latest research. A number of questions are discussed that together provide a view of what the central factors for growth are and how entrepreneurship and innovation should be viewed in this context.

Entrepreneurship and innovation – two sides of the same coin

Entrepreneurship has been defined in the literature in many ways, but there are four descriptions that have become dominant in the research: the entrepreneur as an innovator (Schumpeter), as an arbitrager/creator of balance (Kirtzner), as a bearer of uncertainty (Frank Knight), and the entrepreneur as a coordinator (Jean-Baptiste Say). The main part of the later literature on the significance of entrepreneurship constitutes refinements or variants of these four main tracks. Schumpeter’s innovator is the definition that makes the most distinct connection between entrepreneurship, innovations and economic growth, and this report largely bases the continued discussion on this definition.

In terms of innovation, a common definition from OECD’s Oslo manual is the following:

An ‘innovation’ is the implementation of a new or significantly improved product (goods or service), or process, a new marketing method, or a new organisational method in business practices, workplace organisation or external relations

Hence, it involves a change that creates new conditions for economic activity, either for individual companies, on a market or globally. A central part of the definition is that it is something new that has commercial value (implementation), in contrast to an invention that does not necessarily benefit anyone other than the inventor. Traditionally, the term of innovation has often been linked with the development of new technology, but it is becoming increasingly clear that this restrictive view is not sufficient to explain the development that takes place with regard to the growth of new, often service-based, industries and markets.

However, from an analytical perspective, it is possible to clearly delimit what is meant by both entrepreneurial activities and innovations. An excessively broad definition is at risk of becoming meaningless. Growth Analysis’ assignment involves studying the connection between entrepreneurial activities and the development of innovations, as well as how this in turn affects economic growth. The factors that can be politically influenced are of particular interest. The latter means that certain choices must be made with regard to the abundance of knowledge that exists concerning these issues. The choice made is to only focus in the empirical studies on innovation that occurs in companies and affects economic growth.

The conclusion drawn in the report is that entrepreneurship and innovation are two very closely related phenomena in the sense that innovation requires some form of entrepreneurial behaviour. The terms are not synonymous, however; there are reasons in some cases to make a clear distinction between them – particularly from a policy perspective.

The process from idea to innovation and growth is driven by various functions that can each be performed by different actors. Ideas are created by researchers, inventors or other visionary thinkers. They are identified by the entrepreneur, who is always a private individual, but can be found in a large, small, new or old company or in a public organisation. The function performed is, in Schumpeter’s words, “getting things done”, in other words converting ideas to commercial use or driving innovations forward. Commercial benefit only becomes a driver of growth, however, when the innovation becomes wide-spread in society through secondary innovations and imitations that lower the costs.

As an effect of the two concepts of entrepreneurship and innovation being so clearly related, entrepreneurship should be linked to the implementation of innovative ideas, not to companies of a certain age, size, industry or region. In order to illustrate this, this report presents the results of two separate studies that describe the connection between entrepreneurial activities and the development of innovations in various ways (see below).

Why do companies become innovative and is it a profitable strategy?

One of the main questions that the report on innovative companies had as a premise is: What role does entrepreneurship play in the development of innovation in companies? There is a broad base of entrepreneurship literature that provides alternative answers to the question asked. In the study by the Centre of Excellence for Science and Innovation Studies (CESIS) conducted on behalf of Growth Analysis, entrepreneurship is described as a significant resource in the innovation efforts of companies, a resource that binds together activities from the early phases of the innovation process all the way up to the commercialisation of achieved, directly observable innovation results in the form of new procedures, new products and new markets. (1)

In terms of the composition of basic company resources, innovation strength is affected positively by the size of knowledge intensive labour, affiliation with a multinational corporate group, being located in a metropolitan region and prior innovation experiences.

In summary, the results presented in the CESIS report provide evidence that companies with sustainable innovation efforts learn procedures for innovative activities. Companies accordingly acquire innovation know-how that bears the characteristic of entrepreneurship. Empirical observations also provide support for the claim that the individual company learns and takes advantage of innovation skills from other companies in the surrounding economic environment.

Fast-growing, entrepreneurial companies contribute to development of innovations and growth

To complete the illustration of how entrepreneurial activities affect the development of companies, a separate study was conducted of rapidly growing companies. Rapidly growing companies are a clear manifestation of ambitious entrepreneurship. (2)  The study confirms that gazelle companies are clearly overrepresented among young companies, which is in line with results from other analyses. The proportion of gazelles increases with company size while the largest number is among smaller companies. In addition, gazelle companies are relatively evenly spread geographically although the number is largest in the metropolitan counties. They are somewhat overrepresented in construction and growth industries such as business-to-business services. The employees of gazelle companies have a significantly higher level of education than other companies.

In addition, the analysis shows that gazelle companies account for a disproportionately large part of the increase in employment and value added growth. These 10 per cent of companies together account for the entire increase in employment and between 65 and 100 per cent of the growth in added value depending on the time period. The gazelles accounted for just over 10 per cent of the growth in GDP in the last period 2004-2007. Among gazelles, the smallest companies account for the majority of the employment growth and the same is true of the youngest companies. The conditions are similar when change in added value is studied.

The proportion of gazelles is also markedly higher among companies that belong to corporate groups and especially among those that belong to international corporate groups. This may have several causes. One may be the transfer of physical resources to a company from other parts of the group. Another is the transfer of technology and other know-how, such as market and production expertise.  Accordingly, companies that belong to international corporate groups in particular have competitive advantages that entail better conditions for growing rapidly. Which companies will become gazelles in the next period cannot ultimately be predicted, but the likelihood is somewhat higher that a gazelle compared with other companies will also be a  gazelle in the next period. However, this connection is not particularly strong and may have other explanations. Of all continuous gazelles, nearly 40 per cent went from being an independent company to belonging to a corporate group or from belonging to a Swedish corporate group to belonging to an international corporate group during the period. This means that gazelles that succeed in following the growth track are often bought up and incorporated into a broader context.

The results of the study indicate that there does not appear to be any clear track dependence forward in time. In other words, rapidly growing companies do not succeed in following the growth track during the ensuing periods, being instead replaced by other gazelles that in turn are replaced by other companies. The process indicates a constantly on-going structural change or creative destruction, which means that an on-going selection of winners on the market takes place in accordance with the theory of skill blocks. This selection takes place in several phases or levels where new companies are established and through which one third vanish after three years. Some become fast growing companies while most exhibit more normal growth. Some of the rapidly growing companies disappear by being bought up. They are particularly attractive acquisitions for established companies once they passed the first market test of their technology and their business model. Large companies can then continue on the development ladder at the same time that the acquired company can contribute know-how that also develops the acquiring company.

Novelty and knowledge are two key words that are also fundamental to and have a connection with the concept of innovation. It could be said that especially the fastest growing gazelles and those that have continuous growth are innovative in some respect. The new rapidly growing companies in particular have recently incited major interest among politicians and policy-makers and it has  been said in the debate that the growth policy efforts should be directed at this target group. It is difficult, however, to specify what growth policy should be pursued. However, it is important that the general framework conditions are properly designed. The rapidly growing companies and the economic actors that are necessary in order to generate and commercialise new knowledge appear to be particularly dependent on  the incentives created by the institutional framework conditions. Recruitment of skilled personnel is important to both knowledge transfer and growth in the gazelle companies.

The literature review and the new results presented in this report indicate a few overall messages with regard to the connection between entrepreneurial activities and the development of innovations. The main conclusion is that the connection is strong by definition: innovation does not arise without entrepreneurial behaviour in some sense. The problem with this conclusion is that it is difficult to verify empirically with the methods and statistics available.

By limiting the analysis with the help of proxy variables for entrepreneurship such as new enterprises, small enterprises or growing companies, researchers can show robust connections with proxy variables for innovations such as patents, commercialising patents, R&D investments and sales of new products and services. By compiling the results from these studies, a divided view appears with just a few general conclusions:

This largely confirms and reinforces results from earlier studies and provides support for the emphasis on parts of the policies that aim to improve conditions for Swedish companies with innovation strategies and growth ambitions. However, there are still large gaps in the knowledge of the effects of this policy, and followup and evaluation are relatively rare and need to be applied more systematically. 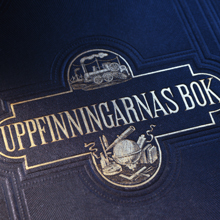