– a cornerstone in a future internationalisation strategy?

This report, which constitutes a basis for the Government’s work on developing an internationalisation strategy, begins by examining the economic arguments that can be cited for public promotion of company internationalisation. In order to motivate such economic policy intervention, some type of market failures are assumed to exist, such as positive external effects in connection with exports. Although it proved to be difficult to identify and quantify these market failures, it appears as if they are not particularly large. In terms of the evaluations that had the more modest objective of studying if export promotion measures have any impact on exports at all, their results are in no way unequivocally positive.

The report also analyses the connection between exports and productivity among Swedish industrial companies in the past decade, with a particular focus on small enterprises. It shows that exporting companies have a higher level of productivity than non-exporting companies even when observable factors are taken into account that can affect a company’s productivity. This appears, at least in part, to be due to the fact that exporters-in-the-making already have a higher level of productivity a few years before they begin exporting, i.e. self-selection occurs in exports. In addition, a productivity increase appears to occur in these companies in connection with entry into the export market. It is not entirely clear whether this is a result of these companies learning by exporting or learning by becoming exporters, by for instance making productivity enhancement investments with the intent of becoming an exporter, although the results of the analysis in the report primarily indicate the latter. In fact, productivity does not appear to grow more rapidly in the companies that became exporters compared with companies that remained non-exporters one or two years after entry into the export market. This means that there is probably no unutilised productivity potential that can be leveraged by getting some of the, mostly small, businesses that are not yet exporters to begin exporting through export promotion measures.

In light of what comes forth in the report, i.e. that the extent of external effects or market failures is small, there are a great deal of indications that a significant element of a future internationalisation strategy for companies of all sizes should be to continue to work to reduce barriers to international trade and international investments. Moreover, the value of a positive business climate and the economy’s ability to adjust when conditions change on international markets should be emphasized. However, the knowledge base is insufficient and more studies are needed to determine with more certainty the appropriate policy balance between creating general framework conditions and introducing selective promotion efforts.

Given that research on the effects of promotion is as yet relatively limited and further study in the area is desired, it is uncertain what role export promotion should play in a future internationalisation strategy. However, the report emphasizes that export promotion should have a role to play; there may be a need to amass knowledge of foreign markets and inform potential exporters of where they can turn to obtain this knowledge.

An important part of a future internationalisation strategy will be to increase knowledge of the significance and effects of various measures through continuous evaluations. 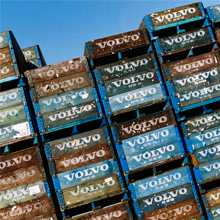 Export promotion – a cornerstone in a future internationalisation strategy?