According to its instructions and based on various perspectives, the Swedish Agency for Growth Policy Analysis (Growth Analysis) shall evaluate, analyse and report on the effects of State measures for sustainable growth, competitiveness and regional development capacity throughout the country and provide supporting documentation and recommendations for the revision and efficiency enhancement of these measures. Growth Analysis begins with the premise that Gotland needs stable, foreseeable and effective transports to achieve a good regional development capacity and long-term sustainable growth and believes that its role is to analyse and formulate recommendations for review and efficiency enhancement with the aim of strengthening Gotland’s prerequisites.

As a part of this, the agency was commissioned to conduct, based on earlier inquiries, an updated analysis of the “Gotland Supplement”, which was originally designed to provide Gotland with good transport conditions. It involves an updated analysis where earlier conclusions are reviewed with regard to the design of the regulation and the added costs that the Government is said to compensate for.

The following are the three most important reasons for repealing the mandate and the high-price regulation:

Growth Analysis wants to particularly emphasize the fact that it is not appropriate and in keeping with the times for the State to give private, profit-based and competitive companies a mandate to carry out a regional policy redistribution of resources.

In principle, the main reason for the Gotland Supplement is that the part of price and cost differences that can be attributed to increased costs related to transports for living and working on Gotland are to be neutralised. The question then asked is how much more expensive is it for transports to and from Gotland compared with the same transports on the mainland. This is the basic question for the degree of compensation discussed and it has also been the main question in many of the earlier inquiries.

As in many earlier inquiries, Growth Analysis did not find any clear-cut methods for how to estimate the additional cost. There is no “normal rate” to work with, but rather prices are set on the market and negotiated individually. Growth Analysis examined and assessed these calculations and found that the estimates vary and it appears to be difficult, if not impossible, to obtain a uniform view of the cost.

Growth Analysis supplemented earlier analyses with help from experts from the Swedish Institute for Transport and Communications Analysis (SIKA). This authority conducted a new analysis and test run based on effects on the generalised cost as a result of a hypothetical permanent bridge connection. The advantage of such a simulation is that the current traffic solution is set against an alternative that can be directly compared with transports on the mainland. The starting point for discussing the additional costs is often that the Gotland transport costs would clearly be more inexpensive if there were a fixed (road) connection rather than a water connection as currently exists (ferry).

The results show that a bridge would result in small differences in the average cost change (to and from Gotland). If Gotland is compared with itself before and after bridge construction, the image remains that Gotland goods traffic is not affected to a particularly high extent. The reason for this is probably that the distance between Gotland and the mainland is relatively small compared with the average transport distance for both incoming and outgoing goods. This means that the ferry cost constitutes an excessively small proportion of the total transport cost for a change to entail significant transport cost changes in general. On the long and medium term, a bridge connection may affect the Gotland trade structure in such a way that Gotland’s competitiveness would change fundamentally, but on the short term, constructing a bridge would not contribute to strengthening Gotland’s competitiveness to any major extent.

If we also relate this to the measure most often discussed, i.e. lowering the distance meter rate, these results mean that the desired effect would not be achieved. The ferry traffic constitutes an excessively small part of the total cost of transporting goods between Gotland and the mainland for it to be able to affect the region’s transport costs and ultimately its competitiveness. As we previously mentioned, it is important that we view the Gotland region based on a competition perspective and what is required to support such a  development. It is clear based on our analysis that there are limits to what can be resolved by various subsidies.

The basic problem is, as mentioned, the competitive conditions for goods transports. It is therefore mainly this that needs to be addressed. Growth Analysis believes that greater competition on the transport market will have an impact on the long term: It is easy to forget when discussing transports to and from Gotland, but it is also a matter of opening up to competition from the mainland.

Consequently, Growth Analysis believes that Gotland has a lot to gain from a phasing out of the regulation so that conditions for competition in the transport system can improve.

However, as earlier inquiries indicated, the short-term effects on the market are difficult to survey. The current system has existed for more than 30 years and Growth Analysis believes that it is wise to remove the system now, but not let the decision enter into effect until various steps have been taken to improve the conditions for competition. There are strong reasons for this to be an orderly deregulation in order for the adjustment to be as good as possible. Gotland needs to develop its market in the transport sector and it takes time to build up a new structure, and some preparation time is therefore needed before the actual mandate is repealed.

An appropriate point in time for ultimately removing the current system should be in connection with the Gotland traffic in its entirety being reviewed for the new contractual period beginning in 2015. If at that time reason is found to exist to further support the goods transports, the decision should be provided for in the assessment made with regard to the Gotland traffic in its entirety.

Growth Analysis therefore proposes that the mandate and high-price regulation be repealed prior to the next contractual period when there will be better opportunities to revise the entire transport supply to and from Gotland.

As mentioned, Growth Analysis believes that Gotland’s problems are not a matter of the size of the additional costs, but rather a matter of insufficient competition in central parts of the transport market. We therefore propose that the Government undertakes measures in order to strengthen competition on this market together with enterprise, the municipality and authorities. The Government should therefore take the initiative to the following:

In working to implement these competition promotion measures, it is crucial that the State use all the tools at its disposal. It should be able to be considered in this process to involve widely varying efforts such as action planning in the infrastructure area, ALMI’s role and resources, the capital and development capacity that exist in structure fund financing, etc.

Growth Analysis also believes that the system of the Gotland Supplement and the highprice regulation are just a small part of the entire Gotland problem with regard to transport issues. Consequently, in this context, it is important to try to relate proposals and measures to a collective view of how the development of Gotland’s growth and accessibility should be developed moving forward. 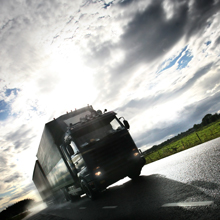 The Gotland Supplement – an out-dated regulation?