The population development in 2008 roughly followed the earlier trend of a decreasing population in rural areas, relatively stable rural areas near urban areas and a growing population in urban areas. The number of men increased somewhat more in number in 2008 than women, which is primarily due to net births, when more boys were born than girls and fewer men died than women. In terms of the net relocations abroad, the differences are small between men and women.  The proportion of elderly in rural areas is higher than the proportion of young people, which results in an imbalance in the age distribution. The farther away an area is to a large urban area, the more dismal the view is of population development and the population structure.

The picture is nonetheless not unequivocally negative. It is important to illustrate the intra-regional or intra-municipal differences that exist, independent of administrative boundaries. A small positive population growth in a town/village can also be of major significance to its development, maintenance of e.g. service, schools, enterprise and belief in the future for residents and enterprise in the town.

Changes in the population trend are affected by relocations and net births (number born in relation to the number of deaths). Young people are the most mobile group and the trend indicates that young people continue to move from rural areas to urban areas. Much relocation in this age can be attributed to education, when many move to university towns. Women are also somewhat more geographically mobile than men in terms of long-distance moves.

The reasons for moving vary significantly with distance. Short-distance moves are primarily attributed to one choosing new housing and a new housing environment, while long-distance moves are largely attributed to relocations for education and work. Studies show that nearly half of the long-distance movers that were unemployed when they moved (more than 100 km), moved because of work, which can be compared with a corresponding 33 per cent that had employment before the move.

A trend that can be traced is that the number of immigrants who want to settle in the Swedish countryside has increased strongly. Relatively many rural areas are seeing an influx of Germans, Dutch and Norwegians. They have probably sought out these areas because they consider the environments to be attractive, or because they want to change lifestyle. The concept of a “lifestyle immigrant” has consequently begun to be used. A follow-up of those moving in to these areas also indicated that approximately 70 per cent of them remain in the same type of municipality after more than five years.

Do the official population statistics provide an accurate picture?

The official population statistics do not really reflect how many people spend time and live in an area in reality. Greater mobility in society has meant that it is increasingly more common for people to have more than one home, where the boundary between permanent and part-time housing is increasingly being erased. The pattern is different from before when people to a greater extent had a permanent home and a leisure home. The trend is now that it is becoming increasingly more common for people to have a second home – a part-time home.

Significantly more people spend time and live, at least periodically, in some municipalities in particular than can be seen in the official population statistics. This phenomenon entails both opportunities and challenges for Sweden’s rural areas. A larger population base and stronger demand for goods and services entail better growth conditions for local enterprise.

Earlier follow-ups show that the trend involved less availability to service in most rural areas for many years. The number of service points also decreased in larger cities. The trend is towards larger units. Growth Analysis’ analyses show that the trend is generally continuing in the same direction as in recent years. The number of service points has decreased in most cases and availability has therefore also deteriorated in most parts of the country.

In the past year, the number of convenience stores has decreased by approximately 2.4 per cent or 133 stores, compared with 147 stores the year before. Since 1996, this decline has been nearly 23 per cent. The number of small or smaller stores decreased strongly during the entire measurement period. From the table, it is apparent that these stores, those in the category of “other convenience stores”, have decreased by more than 66 per cent since 1996. The number of stores in other categories increased, however, across the entire measurement period.

In the most recent years, the previous increase in the number of “service and traffic stores” turned into a decrease. It is primarily the “traffic stores” that decreased in number, with a strong decrease in the past year from just over 1,300 stores to barely 1,200 stores or a decrease of nearly 10 per cent in one year. Here, the large changes in the fuel area had a clear impact.

The largest stores with a sales floor area of more than 2,500 m2¬ increased in number throughout the measurement period. Since 2006, the increase has been 87 per cent and, since the previous year, there were 19 new stores, an increase of more than 15 per cent. Many of these stores are located in the outer urban areas and in external shopping centres. Some trends in retailing are greater interest in specialised stores, greater demand for locally produced food and a growing development of electronic business.

In autumn 2009, there were slightly more than 3,600 fuel facilities, where one can refuel petrol or diesel. Growth Analysis’ studies show that availability varies widely throughout the country. In rural areas, just over 61 per cent or nearly 8,000 people live more than 20 minutes from the nearest filling station. In total, 1,300 people live more than 30 minutes from the nearest filling station and 90 per cent of them live in rural areas. Availability in urban areas is good, where restructuring in most cases has only had a marginal effect on availability, although there has also been a decrease in the number of filling stations in these areas as well.  The differences between counties are also large. It is mainly in the forest counties that people live far from filling stations. At the same time, it is in these areas that the need for cars is the greatest since public transport is poorly developed or entirely unavailable.

Stations with renewable fuels, except for Ethanol E85, are nearly entirely absent in sparsely populated areas and rural areas near urban areas.

The most serious impact naturally occurs if the only facility in a town is closed. However, the majority of indications suggest that these changes will continue in the next few years.

Private actors’ efforts and development of new technology can counteract the negative effects in the long term. However, this demands considerable voluntary involvement and the existence of local suppliers that are willing to supply the fuel outside the urban areas as well.

The pharmacy market was opened to competition on 1 July 2009 under a decision by the Swedish Parliament (Riksdag). Consequently, it is now possible for private entrepreneurs to establish and operate pharmacies under their own direction. One of the main purposes of the market reregulation is to generate competition and thereby improve availability of pharmaceuticals. It is likely that the market will be less interested in establishing new pharmacies in at least some rural areas. From a healthcare and public health perspective, it is therefore important that the state maintains some influence, during a transitional period until the reform has made headway to begin with, in order to ensure good availability in sparsely populated parts of the country as well.

Previous studies show that a relatively good spread of pharmacies together with a large number of pharmacy delivery agents entailed somewhat good accessibility to pharmaceuticals in most parts of the country. The pharmacy delivery agents have been of major significance to pharmaceutical distribution in many rural areas and their activities tangibly complemented the pharmacies’ activities.

There are also around 950 households in Sweden that have no daily postal distribution due to geographic conditions. Most of these are located in inland Norrland.

Since 2002, the total number of compulsory schools in the country has decreased by just over 5 per cent, or 279 schools. In the past year, this decrease on the national level was only marginal due to an increase in the number of schools in urban areas. In other types of areas, the number of schools decreased, however. Rural areas near urban areas experienced an approximate decrease of 1.5 per cent and sparsely populated areas had a decrease of 6 per cent. In 2007, an accelerating pace of closures could be discerned in the sparsely populated areas and this year’s decrease appears to confirm this negative trend.

Different conditions for enterprise in the countryside and cities

The conditions for enterprise differ in some respects between companies in urban and rural areas. The geographical situation in rural areas entails large distances to customer and suppliers. A limited labour market and other functions of significance mean that travel and transports are more expensive and take more time. The possibility of recruiting personnel with the right expertise is affected by a limited local labour market. Long distances make work commutes difficult. Properties and facilities in rural areas often have low second-hand value which makes it difficult for companies to provide collateral for bank loans.

Low population density and climate need not necessarily always be competitive disadvantages. For enterprises where the business has a special need for space, natural resources, climate, etc. these characteristics are often an advantage and in some cases a prerequisite. Agriculture, forestry, mineral extraction, some kinds of tourism, testing activities, etc. are examples of this.

The three largest development and growth barriers identified for rural area enterprises are “regulatory and administrative burdens, capital supply and infrastructure”. Regulatory and administrative burdens as barriers to business growth are general and are discussed in several reports and are even stated on the agenda in economic policy (2). Deficiencies in the supply of capital are also noted as growth barriers in several studies. In inland Sweden and in small towns with limited second-hand property and facility values, there is a lack of collateral, which is why there is considerable difficulty in raising bank loans even if the company in itself is successful.

Questions of an infrastructure nature naturally concern a large number of aspects. Physical transport possibilities for people and goods and possibilities of electronic communication of information, mobile telephony, etc. are emphasized with regard to offering, quality, price and environmental aspects. Functioning infrastructure is fundamental to the development and growth of enterprise. A broader interpretation may, however, also include a basic service offering. Thinning changes in the range of commercial and public service such as grocery stores, petrol stations, schools, postal and banking services can be indirect barriers to growth and also a prerequisite for the recruitment of labour.

Some differences exist in industry structure between different types of municipalities. Studies of nine overall industries show, not unexpectedly, that “Agriculture and forestry” have a higher proportion of employment in rural municipalities than urban municipalities, as do “Manufacturing and mining”, “Energy, water and sanitation”, and “Construction”. Lower proportions of employment are exhibited in “Business-oriented services” and “Private household services”.

1  National Post and Telecom Agency. Service and competition 2009.  2  Some examples of “Green industries” could be: Swedish Board of Agriculture (2007), Uppdrag att minska de administrativa kostnaderna, delrapport till jordbruksdepartementet [Assignment to reduce administrative costs, interim report to the Ministry of Agriculture], Ref. no. 09-1518/07; Board of Swedish Industry and Commerce for Better Regulation (2006), 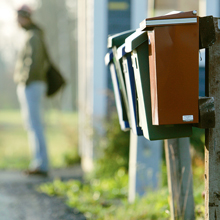