In the Letter of Appropriations for 2009, the Swedish Agency for Growth Policy Analysis (Growth Analysis) was commissioned to submit underlying documentation for IT-policy efforts. The assignment comprises three parts; the agency shall:

The assignment as a whole is broad. IT generally permeates societal development and the IT policy, which is horizontal in nature, affects virtually every area of policy. Ultimately, the policy aims for IT to contribute to achieving the goals in other sectors (policy areas). Conducting an inventory and a survey is consequently linked with certain difficulties. A literal interpretation of the assignment would entail a review of virtually the entire national budget (27 areas of expenditure in total). Of course, this is neither reasonable nor desirable.

Furthermore, Growth Analysis interpreted the assignment from the Ministry of Enterprise, Energy and Communications such that it is the start of a more long-term endeavour to follow up on the policy and create better decision documentation for assessments of new potential efforts. Consequently, beginning with a somewhat broad perspective and looking at many different sectors appeared to be a natural choice. It is hoped that the interactive approach of the project with extensive contact and dialogue mainly with authorities can make a valuable contribution to the continued process.

The report begins with a background description of the Swedish IT policy, its design and follow-up. The Swedish Government submitted three IT bills to the Swedish Parliament at equal intervals (1995/96, 2000 and 2005). As is naturally the case in a relatively new area of policy under rapid development, the political objectives have rarely been broken down in terms that can be monitored and evaluated, a circumstance that the Swedish Institute for Growth Policy Studies (ITPS) in particular pointed out in the evaluation of the IT policy in 2003. The need for follow-up and evaluation and, in this context, the need for statistics on the IT field have gradually been emphasized more and more in legislative bills and in parliamentary proceedings. Growth Analysis’ assignment can be viewed in this light. Several initiatives were also previously undertaken to coordinate the gathering of statistics in various ways, such as those of SIKA and Statistics Sweden. The report presents the evaluations and follow-ups of the IT policy as a whole in recent years, including the ITPS evaluation from 2003.

An international survey was conducted that consists of two parts: first, a description of some international organisations and, second, an analysis of IT policy in individual countries (the Netherlands, Finland, the UK, Denmark, the US and Japan). All countries, except the US, have some kind of coordinated national strategy. In general, they focus on a limited number of areas. In terms of follow-up, the picture is more divided and the countries have slightly different models. In the European countries, reporting is done either to the parliament (the Netherlands, Denmark), to the minister in charge (Finland), or to a special minister (the UK). The Netherlands plans a coordinated follow-up of the national IT strategy in 2010, which may be of interest to monitor. In Japan, there is a strong tradition of strategy work and focus on indicators, but after the change of government in August, this work has stood still, awaiting a new initiative. Within the EU framework, efforts are under way on a new digital agenda that will pick up where the current IT-policy initiative leaves off in 2010. There is the potential of international comparison in various areas, particularly studies of the degrees of maturity in the IT-policy area.

A central part of the report was the extensive survey of the work that authorities do to generally monitor the development of IT and in particular the IT-policy motivated initiatives within their respective areas. Here, Growth Analysis identified statistics and indicators as well as follow-up and evaluation efforts. The analysis of each sector area is structured systematically: each section begins by providing a background description and an overview of the development of the current policy area, where various IT-policy “directions” are noted where applicable. Then the results are presented of the inventory of mainly indicators and statistics that can be linked to the IT-policy objectives analysed in the first section. Where appropriate, evaluations are also presented. The third section discusses areas of possible new indicators for a continuous follow-up of the IT policy and the fourth and final section proposes areas for conceivable indicators. The proposals may be viewed as an initial contribution to the discussion. Significant efforts have been made to conduct a dialogue with authorities and establish contacts in a network of public IT users and ensure that the work is well rooted among them.

The sector review shows the significance of operations-related indicators and follow-ups in the IT activities in various areas of policy. Growth Analysis can confirm that development work is under way in many operations with regard to indicators that aim to improve the learning processes regarding how IT is used for operational development and how IT can be used to achieve policy objectives. This work is nonetheless still young in principle. Important aspects of this work include IT’s generic and overall sector nature and the interaction between the “IT policy” and the individual political fields. In order to develop the work on indicators, cooperation and dialogue between various sectors and between the sectors and the ministry in charge of the coordination, i.e. the Ministry of Enterprise, Energy and Communication, are important components.

Some delays with regard to access to statistics also exists that can capture the development of recent years in the technical field and types of social interaction, such as social media, personal integrity, information security and the environment.

Many issues increasingly cut across sector boundaries and policy areas, which entails a need for and possibilities of greater interaction and dialogue over the sector boundaries. General IT development has e.g. meant that schools become important cooperative partners for the authorities that work with information security. Schools in turn need to delve into the work of electronic administration in order to develop their communication systems with the surrounding world in a rational manner. Strong connections exist on the part of electronic administration to areas such as healthcare and information security, but also to democracy, digital divides, culture (digitalisation of cultural heritage, archives, etc.) and to the entire municipal sector.

As Growth Analysis sees it, the operations-related work on indicators constitutes the foundation for building the learning cycles on and between the various levels that constitute the basis of continuous follow-up of the IT policy. However, if these indicators are to be used in a rational manner, the work must be characterised by a context and holistic point of view. Individual indicators should be chosen and formulated based on a “balanced holistic perspective” which Growth Analysis has presented in various areas in this report.

The general impression Growth Analysis has from working on this report is that the existence of national strategies, action plans, target architectures or roadmaps facilitates the possibilities of formulating indicators. National strategies are in place in healthcare and for electronic administration, and the beginnings of such strategies exist in “an information society for all”, the environment (based on the authorities’ work on environmental management systems) and information security, and a broadband strategy for Sweden was recently presented. Target architectures can be used for both internal communication and follow-up of the synchronisation work. The Judiciary Information Service (RIF) is working with this concept and the E-delegation’s report can also be monitored from such a perspective. The Swedish Post and Telecom Agency (PTS) is planning to draft a roadmap within spectrum policy, etc. Action plans are being developed by many authorities such as the Swedish Civil Contingencies Agency and PTS. All of this provides all the actors involved a holistic view to which they can adapt and which facilitates later follow-ups and evaluations.

Action plans and strategies in the sectors generally facilitate the work of designing indicators and continuously monitoring an area. However, strategies or evaluable targets formulated in advance are also not always available in connection with the development of indicators. In practice, indicators are often developed with regard to an investment or process and this does not prevent objectives and holistic perspectives from growing forth from that perspective.

Ultimately, continuous follow-up is best taken care of by obtaining a clear link with operations and with the help of indicators that are connected to the authorities’ other operational development. Conceivable indicators, in practice areas in which indicators should be developed within each sector, presented in the report constitute an initial starting point in such a process. As a conclusion to the 12 sector reviews Growth Analysis has done, suggestions are provided regarding continued work with indicators and dialogue is encouraged. Within each sector, there are opportunities for those who so desire to delve deeper into the conceivable indicators on which work can continue. Supporting and encouraging a deepening and broadening of the work under way on indicator development and continued cooperation and dialogue between various actors on these issues are important and probably necessary components of the work to create a basis for continuous followup of the IT policy. 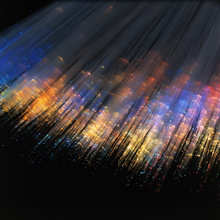