The State and Risk Capital

For the first time in Sweden, monies from structural funds are being used for in a wider venture capital context. The purpose of this measure is to increase the regional supply of equity capital (risk capital); it involves an estimated total of SEK 2.5 billion (c. 257 million euro) and will be implemented during the 2009–2014 period.[1] Half of the amount is to come from private risk capital players, while the other half will be distributed equally between funds from the European Regional Development Fund (ERDF) and regional public cofinancing arrangements.

Behind the twelve funds lie, in various constellations, Almi Invest, Innovationsbron, Norrlandsfonden and the Sixth Swedish National Pension Fund (“Sixth AP Fund”). The target group comprises micro, small and medium enterprises (SMEs) and the investments will primarily target early-stage needs. The measure should be supplementary to market-based provisions and be revolving. The former requirement means it must not crowd out existing private investments, while the latter means that the capital base must not decline in the long term, which will ensure that ongoing investment is possible. The investments always take place in cooperation with a private player investing the same amount[2] and on the same terms. Therefore, shared risk and doubling of capital are what the public sector offers the private risk capital market.

The invested amount must also be evaluated. Apart from the evaluation carried out by Growth Analysis, which is described in the present report, ongoing evaluation is also carried out by the Swedish Agency for Economic and Regional Growth (Tillväxtverket)[3] via Ramböll (a consulting firm). To clarify role allocation and maximise the supplementary effect of this arrangement, an extensive collaboration was therefore launched between Growth Analysis, Ramböll and Tillväxtverket early on. Planning, meetings and the exchange of factual knowledge have taken place frequently and in a positive spirit.

Growth Analysis’ assignment is to conduct an evaluation that is intended to serve as a foundation for learning and for the design of possible future efforts of a similar nature. A method for such an evaluation must also be developed. Reporting on the assignment is to take the form of three interim reports (years 2010, 2011 and 2013) and one final report in 2015.

Growth Analysis’ evaluation assignment can be seen as consisting of three components. The first is a knowledge retrieval component, based on international research and experimental findings, and on experience from the Swedish ongoing process. The second is an analytical component that involves an analysis of the first part. The third and final part concerns providing feedback to the government, Tillväxtverket, Ramböll and the funds.

In accordance with the Letter of Regulation[4], Growth Analysis will report on assignment progress via several interim reports. The present report, the first of these reports, contains an overview of international research (about which see further information below) and a procedural description. Interim Report No. 2 (2011) will focus mainly on in-depth case studies of some international investment undertakings that are considered particularly interesting from a Swedish perspective. Comparisons between the Swedish process and the international experience will be presented together with reflections on the project period to date. Relevant parts of the agency's analysis of the overall capital supply situation for SMEs (RB Assignment 2010/3) will be included. In Interim Report No. 3 (2013), the agency will continue its analysis of the experience to date of the ongoing project. In this stage, indications of the structure of the portfolio companies will also be available. The Final Report (2015) of Growth Analysis will present an impact evaluation designed to seek answers to the question of which effects the capital supply investment has had, compared with the scenario that would have resulted had the financing not occurred (the “counterfactual situation”). The final report will also summarise the agency's experience of the capital supply undertaking as a whole. International experience will be compared with Swedish experience. The final report will conclude with policy recommendations for possible future undertakings of a similar type. It should be pointed out that this report is expected to come at a much later point, making it difficult to provide detailed descriptions at this early juncture. In its Interim ReportsNos. 2 and 3 and the Final Report, the analyses by Growth Analysis will be based on the agency's own observations and experience as well as on its ongoing evaluations. All the reports will include policy recommendations.

The agency's evaluation assignment generates questions that imply that two types of evaluation approaches are required – an implementation type of evaluation and an ex post evaluation. The former category includes international experience of research and evaluation that is to be retrieved, compiled and set in relation to the Swedish capital supply measures. When appropriate, such experience will also be reported back to the fund, to Tillväxtverket and to Ramböll. This evaluation category also includes the analysis based on process experience. The ex post evaluation category includes the impact evaluation to be implemented in 2015 after the measure is concluded, to examine possible causal connections between the capital supply undertakings and the performance of the portfolio companies.

The undertaking entails both opportunities and challenges. A projected total of SEK 2.5 billion (c. 257 million euro) is to be invested in companies with growth ambitions throughout Sweden. This will have effects on growth and employment. How large the effects will be and whether the outcome will offset the costs remains for the final analysis to determine. Expectations placed on venture capital have to be realistic. While it is an immensely powerful financing instrument with documented ability to create growth, some moderating of expectations is in order. Venture capital is a form of financing suitable for a limited number of companies with extremely high growth potential. A small number of successful investments can yield exceptional returns upon exit – however, most investments at early stages fail or generate extremely modest returns. Venture capital is not the solution for the majority of companies with financing needs. Venture capital alone cannot reverse an economic trend in regions with weak business activity.

The basic premises of the undertaking/investment, such as finance gap, market failure and insufficient supply, are discussed and examined in the report. A finance gap can be considered – regardless of whether market failure or market rationality is an issue – as a problem for public finances to the extent that start-ups with growth potential are placed at a disadvantage.

Rather than purely a problem of supply, the report discusses the capital supply market's “viscosity” (a sliding scale from “thin” to “thick”). A “thin” market has relatively few players, implying it is difficult (in terms of time and cost) for the players to find each other and conclude agreements. In a “thick” market, the opposite applies: here, many players interact frequently with each other. Investors have sufficient size and management competence to carry out the necessary investments and otherwise support the portfolio companies as well. In such a market, there are also enough high-quality advisors and a properly functioning, liquid, exit market. The more instances of a “thin” market a country or region has, the clearer it is that efficient policy measures must contain more than just an increased supply of venture capital.

One conclusion of this is that it is important to consider the action in its context. A policy action can play out with varying degrees of success depending on regional circumstances. One policy alternative to a uniform action is the adaptation of available tools to regional circumstances. Actions on the demand side and capital supply instruments other than venture capital could then also be discussed.

In the action, the private player's return targets encounter a number of political goals and restrictions. One major challenge, then, is actually to find a balance between political and commercial aims.

Clear game rules are always meaningful. Growth Analysis finds that a clearer and more distinct goal structure would definitely have helped the funds, clarified the expectations placed on them and reduced the need for complicated trade-offs. It is therefore crucial that from now on the goal structure be discussed and clarified as much as possible. Judging from conversations at meetings held to date between the funds, Growth Analysis, Tillväxtverket and Ramböll, there is awareness of this, and such discussions have begun, which Growth Analysis considers promising and productive.

Finally, the learning opportunities seem to be good. The combination of the ongoing evaluation (via Ramböll) and Growth Analysis own evaluation could, assuming continuing clear role definition, yield many interesting lessons. Good cooperation has commenced between the agencies and with the funds. The dialogue and interaction is characterised by openness, a desire to learn and a shared determination to ensure that the investment in question is as effective as possible.

The main part of the report consists of the research survey presented in chapter 3. The review of the current situation for international empirical research examines fourteen government venture capital programmes in eight countries, which are evaluated by thirteen evaluators. This review can be summarised in a number of general observations:

[2] The Fund may invest less than half the amount of the private player, but never more than 50%.

[3] Due to the somewhat cumbersome English denomination, the Swedish name “Tillväxtverket” will normally be used in the report.

[4] Government directive putting an appropriation at the disposal of the spending authority and specifying the allocation of the appropriated funds. 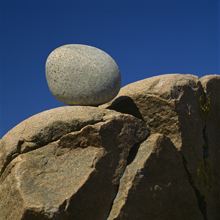