First, it can be confirmed that ordinances and practice do not prevent any company from applying for the support since support may be granted for the new establishment of business. In that sense, there is no well-defined company population entitled to support nor is there a group of companies that are not entitled to support. Between 25 and 30 per cent of all applications for investment grants pertain to new establishments of some kind.

The fact that the regional investment support is directed at companies that have or intend to start activities in geographically disadvantaged areas leads to a decrease in the proportion of companies led by women and entitled to support. This reflects to some extent the prevailing population pattern, as fewer women live in rural or development areas.

In the ordinances, it is also stated that the business support shall be distributed in a gender-neutral manner and not benefit one company over another. Companies active in industries where the market is local are only entitled to support in exceptional cases. Differences between what constitutes a “local” or “regional” market are of significance to the proportion of companies entitled to support that are led by women. Companies led by women are highly active in industries where the market can be assumed to be mainly local, which leads to a relatively large dropout of companies led by women among those entitled to support.  The dropout is also larger, the broader the definition is of a “local” market.

The difference in applications from women and men among the companies entitled to support is almost entirely attributable to industry and company size. The regulations concerning business support do not generally disadvantage women. The factor of greatest significance is the requirement that a company must be active on a market that is larger than the local or regional market in order to receive assistance.

Since this condition is of potentially major significance to the proportion of women entrepreneurs who are entitled to assistance, further study of it is motivated. Such study may lead to a clarification of how the competition requirement is defined and used in practice to illustrate the actual limits. It would also become possible to assess how the rules are applied in pace with changes in the competitive conditions in various industries. 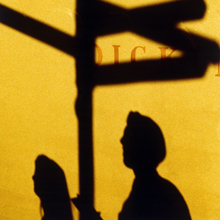