Although most studies indicate a clearly positive relationship between decreased regulatory burden and entrepreneurship/growth, there are large knowledge gaps in the area. Consequently, there is a great need for further empirical tests to establish and ensure the causal relationship. There is also limited data available with regard to the time perspective and most studies are therefore based on country comparisons (cross section) or relatively short data panels.

In summary, the existing empirical studies show that there are major advantages associated with a simplification of the regulatory systems and the regulatory burden that encompasses enterprise. The majority of these empirical studies examined the regulatory burden's impact on the establishment of companies. The results clearly show that greater regulatory burden in connection with establishment leads to fewer new establishments, a connection that appears to be extra clear for high technology sectors with strong growth potential. International empirical research accordingly provides evidence of the theoretical models and theses that illustrate how ineffective regulations affect company resource allocation, productivity and growth. By formulating a theoretical model for company production dynamics and cost function, it becomes possible to study these connections empirically.

There is a need for further studies of both international and Swedish conditions. The knowledge gaps are the largest with regard to the effects of regulations and the regulatory burden on economic and business dynamics. The theoretical framework in this report may be used as a starting point for further analysis. As discussed above, the regulatory burden and “Ease of Doing Business” are very different in various countries. It is therefore desirable to make international comparisons, comparing Sweden with other countries. Consequently, an initial and important step in the further research is to illustrate the areas within which Sweden differs and the consequences that this entails. Such an analysis can then serve as the starting point for discussions on what policy areas are of the most central significance to Swedish conditions.

The international comparisons can utilise statistics and information from several different sources. Usual measures of the scope of regulations associated with establishing and operating businesses come from the World Bank’s “Doing Business” database, the Frasier Institute “Economic freedom of the world” and the International Risk Guide (IRG). Self-employment and the TEA index from the Global Entrepreneurship Monitor (GEM) are used in international research as two alternative proxy variables for entrepreneurship. Both of these measures of entrepreneurship are comparable and are available for multiple countries and over time. In addition to this, there are corporate databases with company-specific information, such as Standard & Poors Compustat Global. This database can be used in international comparisons of how the regulatory burden affects the investment behaviour of companies, etc.

Another proposal of future study is to examine the connections between regulations associated with establishing and running companies and entrepreneurship. A literature review shows that a majority of these studies find that extensive regulations concerning establishing and running companies have an inhibitory effect on entrepreneurship. However, some studies show no statistically significant connection or even indicate that a regulatory burden entails greater entrepreneurial activity. A commonly occurring problem in country comparison studies is, however, that the results are sensitive to the control variables used in the analysis. This may to some extent be an explanation of the different findings in different studies. Another explanation is that different measures of entrepreneurship and regulatory burden are used. Consequently, the purpose of this study is to analyse the robustness of the connection between entrepreneurship and regulation, in part by using several measures of regulations and entrepreneurship, and in part by testing the connection’s sensitivity to including various control variables.

How the regulatory burden affects the costs of establishment (entrepreneurship) and thereby the profit dynamic is another proposed study. If regulations affect the cost structure in companies, it may lead to decreased competition, which in turn leads to prosperity losses. With data over industry dynamics (entry and exit) in various sectors, this connection can be studied empirically by studying the speed of the convergence of the companies’ profits.

A refinement of this reasoning can also give cause to study the connection between business dynamics and regulatory burden. This analysis can have its starting point in the company’s production function with the aim of studying how various dimensions of the regulations affect production dynamics.

Another study is proposed to focus on how the application of laws and rules is perceived on a regional level. Are there regional differences in how the companies perceive the municipalities’ application of laws and rules? Do the companies feel that this has improved since the Government initiated its regulatory simplification efforts? Does the perception of how the application of laws and rules depend on how the municipality is governed politically? Are municipalities with a higher proportion of entrepreneurs better at handling the application of rules and laws? Data on the municipal level from the Confederation of Swedish Enterprise’s studies concerning business climate in the municipalities of Sweden supplemented with data from Statistics Sweden and the municipal database can be used to study these questions. A final recommendation is also to study how high-growth firms and gazelle companies are affected by regulatory burden. These companies account for most of the increase in employment and growth in the economy and are therefore directly decisive to the long-term development. Effective or ineffective regulations also generate incentives or obstacles to these companies. This is a growing field of research, which is why there is a considerable lack of scientific studies.

Given the great public interest in the impact of regulatory burden on enterprise, the chances of more broadly distributing research results in the field are very good. 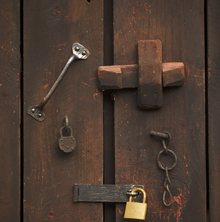