The scenario modelled with rAps tool forecasts that employment will increase in 38 of the 72 FA regions and that there will be a continued concentration of both employment and population to the metropolitan areas. Employment is anticipated to decrease in the industries of agriculture, manufacturing and transport, but is assumed to increase in the other industries. The regional labour supply is expected to decrease in relation to demand in most FA regions. The implication of this is that several regions will probably experience a labour shortage. It is expected that there will primarily be a shortage of workers with post-upper-secondary education, particularly with specialisations in healthcare, technology and the natural sciences. The largest labour shortage is expected for Local Centres and Small Regions.

To maintain the labour supply, several regions will need a significant number of inbound commuters. However, the conditions for extensive inbound commuting are impeded in many regions located in the periphery and regions where a labour shortage is expected in neighbouring regions. The balance problem with those with post-upper-secondary education is so extensive in the healthcare field that it is not realistic to count on being able to achieve a balance in the respective regional labour markets through inbound commuting.

In some cases, operations can be conducted with personnel that have another educational background than that formally required. However, for some specific educational categories such as healthcare, labour cannot be substituted like this. The anticipated imbalances are also not expected to be able to be resolved by delaying retirements.

The expected imbalances could possibly be mitigated by an increased population influx or immigration of labour. Where this labour will come from is unclear, however. If these imbalances are not successfully resolved, parts of the operations conducted today will not have the necessary prerequisites to be able to be conducted and must therefore relocate or reorganise in another manner. 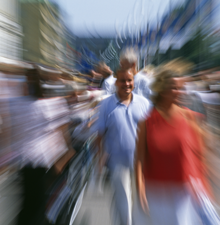