The economic effects of the regulatory burden

Swedish Agency for Growth Policy Analysis had the assignment during 2010 of carrying out a study of the impact of regulation on companies. This final report, The Economic Effects of The Regulatory Burden – a Theoretical and Empirical Analysis, is based on research carried out by Ratio, an independent research institute.

Simplifying everyday life for Sweden’s entrepreneurs, businessmen and businesswomen has been a priority area for the Swedish Government in recent years. It has been one of the Swedish Government’s most important efforts for creating more jobs, employment and prosperity. The core of the project has been to design rules, processes and procedures better suited to the companies’ conditions and the world in which they operate. This was done by measuring and monitoring companies’ administrative costs, establishing a council for regulatory improvement, highlighting the effects on companies in impact analyses and through consultation with enterprise.

The Swedish Agency for Growth Policy Analysis (Growth Analysis) was commissioned by the Government to conduct studies of the effects of rules on enterprise. In brief, the assignment meant that Growth Analysis should:

The objective of the project was to compile a knowledge database that could enable more effective regulatory simplification efforts with a greater impact for the companies. The interim report Regelbörda och ekonomisk utveckling – en forskningsöversikt [Regulatory burden and economic development – a research overview] was submitted to the Government at the end of May 2010. (1)  (Item 1 above.)

The report in hand is a continuation and further development of the theoretical frame of reference established in the interim report. This final report focuses on how the regulatory burden affects business and enterprise dynamics, as well as the importance of how rules are designed. The objective is to scientifically investigate the indirect economic effects of the regulatory burden on businesses. The analyses are the results of further in-depth investigation of theoretical questions and international empirical comparisons. (items 2-4 above.)

Growth Analysis judges the report to be important in the continuing work on regulatory simplification and a better regulatory process. It aligns well with the needs and requirements that follow from the assignment. One significant contribution is that it provides evidence that the indirect economic effects are considerable. It also contributes new theoretical tools for evaluating and analysing the impact of indirect effects on business dynamics and growth. The survey provides further information on relevant prioritisation areas and where Sweden stands relative to other comparable countries. It thus constitutes a valuable basis for future political prioritisations. Lastly, the survey discusses the reasoning around the origins of rules and possibilities for designing effective rules, and also makes proposals for how the regulation process can be improved and developed in Sweden.

It is important to emphasize that certain types of rules are crucial to the enterprise’s ability to develop, and that well-functioning institutions of this kind play a crucial role in creating economic growth. Rules are needed to create stability and give the market rules to play by, of which ownership rights are perhaps the most central. Furthermore, rules are needed to reduce companies’ transaction costs. Ultimately, public intervention can be justified in order to ensure that goods or services with large positive externalities are provided, such as education, basic research and healthcare. Similarly, intervention can be justified in order to prevent large negative externalities such as environmental pollution.

At the same time, over-regulation, ineffective and poorly designed rules exist that are negative to enterprise and society’s efficiency. The OECD (2) distinguishes between four different kinds of costs associated with regulatory failures:

Items 1, 2 and 4 give rise to indirect dynamic effects that negatively affect companies’ entrance, investments and production dynamics, which leads to poorer economic growth. This report analyses all of these specific aspects, as well as the regulatory burden’s impact on economic growth. The overall conclusion from the theoretical and empirical analysis is that the indirect economic costs that ensue from a heavy regulatory burden on a country’s enterprises are considerable and probably more important than the direct costs related to complying with the rules (item 3).

There is strong evidence that a heavy  regulatory burden negatively impacts new companies’ into the market and thereby contributes to reduced competitive pressure and less entrepreneurship. Furthermore, significant negative effects on production dynamics probably arise in connection with the regulations affecting the businesses’ ability to adapt. This causes friction that reduces the enterprises’ ability to adjust to external changes, which in turn leads to substantial allocation losses. A regulatory burden that impedes progress and increases the risks in investment decisions contributes to higher yield requirements. This means that the yield requirements probably increase as the regulatory burden increases, which has negative repercussions on investments. Altogether, these negative, indirect effects result in lower economic growth.

We find support for many of these effects in the empirical analysis. We also find that production dynamics are lower and yield requirements higher in countries that have a relatively heavy regulatory burden. The negative effects on production dynamics manifest themselves in the form of enterprises being less able to quickly adapt to external changes. Higher yield requirements lead to lower investment. The effects on entrepreneurship were also investigated. The results indicate negative effects, but these results are not as unambiguous, probably due to substantial measurement difficulties. Lastly, the study shows that countries with a light regulatory burden show more rapid economic growth in GDP per capita.

These indirect economic effects are thus significant, which means that it is important that rules are effective and appropriate. This is not, however, always the case, one reason being that the costs are largely not as visible as in financial policy area. There are though several reasons why ineffective rules are introduced. According to the so-called “public choice” theory, the political process is extensively influenced by special interests and shortsightedness, which leads to ineffective rules and over-regulation. Similarly, these wellorganised groups block changes in the rules that disadvantage them, often in alliance with the public officials who administer the rules. Another reason may be that each regulation is well-intended and motivated, but that the intervention in the market creates distortions, which in turn motivates new intervention.

Consequently, it is important that ineffective regulations with high indirect costs can be prevented ex ante. Once regulations are in place, they have proven to be difficult to change or abolish, among other things for the reasons described above. To accomplish this, an institutional framework or process is needed that prevent regulations that are costly to society from being introduced.

Such a process consists of several steps in a logical, structured progression. First, a regulation must be well-justified and based on an in-depth problem analysis. Second, the regulation/intervention chosen must be able to rectify the problem. As points out in the analysis, it is not sufficient that these two conditions are met for a regulation to be considered effective. In an impact assessment, more consideration must be given to the indirect effects or costs that arise when the regulation is introduced and how they affect business and market dynamics. There are usually several solutions to a specific problem that may resolve the problem to varying  degrees but may also cause undesirable sideeffects and costs.

A rule that is effective as regards the economy is thus a rule that generates the greatest economic benefit to society. Cost-benefit  analyses are necessary to assess this and these must be compared for several different alternatives (cost-efficiency analyses). Although they are sensitive to assumptions, systematic use combined with a transparent process can provide a better basis for decisions. This is also the essence of laws such as the Regulatory Flexibility Act of 1980 in the USA. Under it, federal authorities shall choose the  least invasive proposal for small and medium-sized enterprises for a given purpose.

Growth Analysis shares Ratio’s opinion that the mandate should be strengthened for the function that the Swedish Better Regulation Council has. How and in what way is open to discussion, but its current role is solely  advisory and it functions as one referral body among many that come in in the same phase as the other referral bodies. This is a clear disadvantage since there is a risk that greater importance will be attached to the comments of weighty referral bodies, without these and other referral bodies having had access to an appraisal of the impact analyses that have been made.

An improved regulatory process, which would strengthen the Swedish Better Regulation Council’s role and increase transparency, would mean that commissions, committees and authorities must follow clearer guidelines for the way in which structured impact analyses are carried out. In such a process, the Swedish Better Regulation Council would also come in at an earlier stage and its statements would be appended to the proposal or report when it is circulated for comment. Other referral bodies and, in a later phase, political decisionmakers can thereby be made aware of weaknesses or deficiencies in the impact analyses that have been made and the economic benefit to society of the proposed regulations.

Lastly, there is continued need for further research concerning the indirect economic effects of the regulatory burden and the underlying mechanisms. It  is also necessary to study the details of how the institutional  framework should be designed in order to promote the creation of rules that are effective for the economy in the best way possible 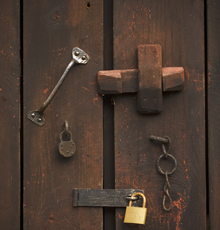 The economic effects of the regulatory burden