Sweden’s implementation of the Small Business Act for Europe

In December 2008, the member states of the European Union, through the European Council, decided to adopt the Small Business Act for Europe (SBA). The decision meant that the common level of ambition for the member states’ work to promote small and medium-sized companies was raised another notch.

The SBA is a package of various policy proposals that all aim to improve the operating climate for small and medium-sized companies (SMEs) in Europe and thereby make it easier for companies to achieve their full potential and thus contribute to jobs and economic growth. The SBA comprises a total of 92 policy recommendations in ten sub-areas (principles), where some recommendations are directed towards the member states and some towards the European Commission. The measures proposed in the SBA vary in scope and detail from stimulating an entrepreneurial mindset in schools to minimising the regulatory burden that companies have to cope with.

In its appropriation directions for 2011, the Swedish Agency for Growth Analysis was given the task of evaluating how the SBA has been implemented in Sweden. This report constitutes the final report from this assignment.

The purpose of the review was to determine to what extent Sweden has implemented the policy measures prescribed in the SBA and to what extent white spots exist, where Sweden appears to need measures but where there are shortcomings in the implementation of the SBA.

Due to time restrictions, the assignment was delimited such that the review contains neither an evaluation of the effects of the measures nor how effective the implementation process has been. Further, Growth Analysis has not taken a position on how appropriate the measures are for developing the SMEs or how well they function taking into account the economic and political context in Sweden; it has been assumed that the measures are suited to their purpose.

The review was made by means of a review and analysis of the proposed measures where the member states are responsible for their implementation, as specified under the ten principles in the original version of the SBA. The review was based on the individual proposed measures and those players where implementation should possibly have taken place were investigated directly. On the basis of the review, an assessment was subsequently made of how far Sweden has implemented the different SBA proposals.

When the review of Sweden’s implementation of each SBA principle had been completed, an international comparison (benchmarking) was made with the aim of providing greater understanding of the need for action in each particular area and can thus give a nuanced understanding of the Swedish implementation. The comparison is to a large extent based on the SBA Fact Sheets produced by the European Commission, where the commission has put great effort into drawing up a number of relevant indicators for each SBA principle, which enables an international comparison to be made.

In the review, the SBA’s three prioritised areas – Access to Finance, the Single Market and Think Small First – are judged to have been implemented to a high degree and by and large in the right direction over time. One exception is in the area of the single market where some measures remain to be implemented. Over the coming years, Sweden should review its possibilities to continue to work on implementing the remaining proposed measures within these principles, at the same time as those measures that have been implemented are subjected to a thorough evaluation to ensure that measures that have been applied lead to the desired results.

The area where Sweden most distinctly lags behind the other Nordic countries and several of its European neighbours is Principle II – A second chance – which state that the member states should ensure that entrepreneurs who have faced bankruptcy quickly get a second chance. This is at the same time the area where Sweden shows the least degree of implementation of the SBA’s recommendations. This indicates a need that does not appear to have been sufficiently addressed, despite the fact that Sweden, through the SBA, has undertaken to work harder on the issue.

One policy area where Sweden performs relatively well in an international comparison, but where there is nonetheless good reason to wish for more, concerns the area of public procurement and state aid (Principle V). According to international figures from 2008, small and medium-sized companies in Sweden have a relatively large share of the public market but are under-represented as regards their share of the Swedish economy. Studies conducted in Sweden show that many small companies are indirectly barred from the market, among other things due to administrative difficulties which appears to increase over time.

Another area where further development might be necessary is the Swedish internationalisation effort (Principle X). The area contains only one recommendation, which compared to many other of the SBA’s recommendations is relatively limited. In order to further stimulate internationalisation, Sweden should consider working along more lines than the one stated for this principle in the SBA. In this particular area, Sweden has several comparative advantages compared to many other countries as regards simplicity and the cost of international trade, but in spite of this small and medium-sized companies are markedly under-represented in Swedish exports.

During the course of the review, a number of methodological challenges arose, which were resolved in different ways. One basic challenge is to assess the degree to which the various measures proposed in the SBA have been implemented, which is difficult to accomplish due to the varying nature of the proposals. Growth Analysis wishes to emphasise that a deeper analysis of how the SBA is being implemented in Sweden might have reached other conclusions but nonetheless judges the basic information compiled to be of sufficient quality to fulfil the purpose of the review.

In some respects, the indicators chosen may not provide a satisfactory current or relevant picture in relation to the policies under study. It has been even more common for it to have proved impossible to even find internationally comparable indicators that fulfil the basic quality criteria that the agency set before beginning the work – the consequence of which is that the international comparisons that have been made do not give a comprehensive picture as regards the proposed measures. In order to be able to make follow-ups of Sweden’s implementation in the future, it is important that relevant, up-to-date indicators are available and in this regard the European Commission has a great responsibility for ensuring the availability of comparative indicators.

Furthermore, Growth Analysis wishes to emphasise that the agency is currently working on rigorous analyses of some of the efforts mentioned in the present report, which means that knowledge of the effects of the measures will grow as time goes on. 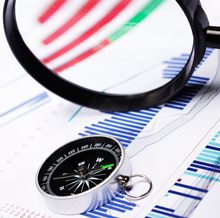 Sweden’s implementation of the Small Business Act for Europe – How far have we come?