– When should regulatory impact analyses be made and what should they contain?

Studies show that the economic effects of regulations are significant. The regulatory burden affects competitive pressure, business dynamics, resource allocation, the growth of productivity and thereby, economic growth. The indirect and second order effects of regulations are considerable. There is a lot to be gained, therefore, through an effective regulatory process.

Objectives for regulations and mechanisms for the establishment of regulations

Certain types of regulations are of central importance for the functioning of society and are crucial for economic development and welfare. These fundamental regulations are considered ”rules of the game”, and encompass everything from formal legislation and regulations to more informal institutions such as social norms. These institutions and regulations affect how the incentive structure in a society appears, and thereby governs the behaviour of individuals and companies. The fundamental institutions such as the private ownership or protection of economic freedoms, such as freedom of contract or trade, are examples of rules of the game that are crucial to a functioning society. These institutions can be said to be efficient, as far as relating to creating large economic advantages at relatively low cost.

There are, in addition, four forms of market failure that can justify intervention in the form of regulations. These are public goods, external effects, natural monopolies (imperfect competition) as well as information asymmetries. When one of these market failures occurs, an economy will not automatically lead to an economically effective outcome. Regulations can then be justified for the purpose of rectifying these market failures and thereby leading to welfare benefits. Alternatively, there are socially motivated regulations which are concerned with achieving a distribution policy or social goal. Regulations are often implemented for the purpose of achieving a mix of both efficiency and distribution policy goals.

There are, however, many rules where it is ambiguous as to whether the economic net benefits are positive or negative. Extensive research has been conducted concerning why these uncertain rules exist, from an efficiency point of view. Most well-known is the public choice school's analysis of "political failures". From this perspective, political processes are characterised to a large extent by influence from special interest groups and short-sightedness, elements which obstruct efficient regulation and lead instead to overregulation. One of the most well-known contributions is George Stigler's ”capture theory”, which demonstrates that companies and organizations often manage to ”capture” or gain influence over regulating authorities or other public bodies and cause them to reduce competition or in another way benefit the company or organization in question. From this perspective, both the demand for and supply of regulations will consequently be higher than what is economically justified. Furthermore, the regulations implemented cannot be expected to be effective. Different interest groups can be expected to appropriate various types of privileges for themselves (known as ”rentseeking”) through demands for regulations.

Another approach to explaining the origins of the regulatory burden is found in the "Austrian school". The starting point here is instead that each regulation in itself is well-meaning and perhaps justified, but that these interventions into the market's way of operating, besides the rules of the game mentioned above, more or less unintentionally result in distortions and problems. These, in turn, motivate new interventions.

In order to improve and make the provision of regulations more efficient, focus should be on the complete economic consequences which result from a regulation, and then weigh these against the total public welfare. The key to success in this area lies in the work with impact assessments. In other words, a prerequisite for more effective rules is highly qualitative impact assessments which are founded in economic theories and methods. No system or procedure can compensate for a deficient impact assessment. Without such, it is not possible to produce an adequate basis for decisions.

This study is based on the Swedish Ordinance on Regulatory Impact Assessment, and has a clear global orientation. It is likely that the USA and Canada have come furthest in their work to make the regulatory process as economically effective as possible. These countries' systems for evaluation of rules have therefore been studied in particular, and have been used as a foundation. We wanted to provide a generic structure for the content of an impact assessment. Other countries, as well as Swedish authorities, have guidelines which follow this structure to a great extent.

Identification and definition of problems

Purpose and the formulation of goals

When the problem has been identified and the need for regulation has been specified, the second step is to set goals and explain the purpose of the regulation clearly. Without clear goal formulation, it is difficult to weigh advantages and disadvantages against each other in the next step. Clear goal formulation is also necessary to allow monitoring and evaluation of the effects of a regulation. The goals should be quantified in this phase if possible. If this is not possible, a minimum requirement is that they are formulated in a way which makes monitoring and evaluation possible in every case.

Both the definition of the problem and the goal formulation are key elements in producing an adequate impact assessment. It is necessary, for example, to achieve clarity as to which effects can be considered to be direct and which are side-effects. Clarity in this point is necessary to guarantee that problems and goals correspond to each other, among other things. If this is not the case, there is a risk in situations where doubts exist concerning whether the advantages outweigh disadvantages or vice versa, that side-effects which are not part of the problem or goal formulation are used to justify the regulation.

In connection with problems and goal formulation, a preliminary ambition level for the impact assessment must be determined. Only after this step does the actual analysis begin. We see the structuring of impact assessment work in this way as a pragmatic evaluation method. One possible approach is to perform three different levels of analysis; small consequences, medium consequences and extensive consequences. Canada has chosen to use a system like this. Such a system would be practical as far as it can be adapted to the Swedish model for regulatory provision. An authorities officials can then perform a simpler form of impact assessment, for example. The middle level of analyses can be performed at the authority/department level and the most extensive analysis can be performed at a national level. It is therefore likely that the majority of regulations would only be analysed at the authority level.

In order to operationalize this type of system, it becomes necessary to use some form of system, which makes it possible for officials to perform an initial analysis. It is likely that the most accessible path is with the aid of "multi criteria analyses" (MKA). In MKA analyses, a number of criteria are identified which are considered relevant for achieving a certain goal. Using this as support, an official can assess alternative regulations on the basis of these criteria. Expressed simply, MKA analyses can be seen as a filtering mechanism for determining when a more extensive analysis is required.

The third step in the analysis is to describe the baseline (reference alternative), i.e., a description of the situation and how it will develop if nothing is done. Note that the baseline does not necessarily describe the current situation, but what will occur if nothing is done. An environmental problem, for example, can either improve or worsen over time without the regulatory authority doing anything. If the baseline is not formulated clearly, there is the risk that the regulations intended to remedy a current problem become out of date, and in the worst case scenario, economically burdensome.

After the alternative measures have been identified, the consequence analysis itself remains to be performed, i.e., to identify and quantify the different consequences for each alternative. It is necessary to consider all consequences, which can encompass everything from administrative and business management costs to environmental, social and distributive policy consequences. The economic effects shall be identified, in other words. This appropriately encompasses a discussion about which markets are affected and what the distributive policy effects shall be. From an economic analysis perspective, it is suitable that the markets are identified and  discussions is held regarding how the different measures may spill over to other markets and have second order effects. In addition, it should be emphasised that all market intervention relating to the remedying of a market failure will have automatic distributive effects, and vice versa. It is important to consciously factor this into the calculations, as there might be more or less effective ways of achieving both distributive policy goals and economic policy goals.

A cost-benefit analysis should therefore be produced at this stage of the impact assessment. Depending on the ambition level, this analysis may include a simple table with qualitative costs and incomes or more sophisticated analyses with monetary values attached to economic effects and analysis of the indirect and second order effects. For less comprehensive regulations, it might be sufficient to produce a qualitative impact assessment of why the regulation is desirable and what the consequences will be. If the regulation is assessed as having more extensive consequences, it is reasonable to require a more quantitative analysis. If it is an issue involving considerable consequences, much more extensive analyses are required, probably involving the use of nationally compiled resources to perform them.

In addition, the importance of similar assumptions should be pointed out. If different authorities use different assumptions relating to, for example, the discounting rate, or the estimated value of a human life, this may lead to incorrect prioritization.  It can be demonstrated using theoretical analyses that this leads to economic inefficiency and welfare losses. A risk and sensitivity analysis of the implemented measures shall be done at this stage.

Evaluation methods and, in particular, cost-benefit analyses, are based on a large battery of different economic methods, techniques and accumulated actual values of diverse components. To utilise this pool of knowledge successfully requires experience and a relevant education. Respect should therefore be given to the difficulties in doing these type of analyses at the same time as there must be some room for pragmatism, i.e., to do it as well as possible, but with a systematic approach.

The continuing work of simplifying regulations can also entail the advantageous production of Green Papers or guidelines. Another area can be to encourage competence development and courses for relevant people, and to build up nationally compiled resources. Finally, the importance of more ex-post evaluations should be emphasized, as these both provide information about whether the regulations are still appropriately designed and are having the desired effects, and comprise an information source for future ex-ante evaluations of proposals for new regulations. 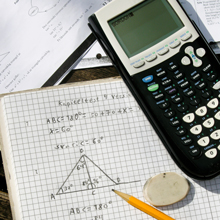