On the basis of the commission, this report deals with local business climate in a broad sense and what the government might possibly be able to do to improve the small munici­palities’ prerequisites for their work.

In recent years, regional growth policy has come to be increasingly focused on a pro­gramme-based way of working, where the regions have been given greater responsibility for both planning and implementation of the policy. A great focus has been laid on increas­ing collaboration between different players and levels in the system to give the policy greater impact. The government considers that it is important to involve the municipal level in regional growth work to a greater extent. The report focuses on what the govern­ment could do to strengthen small municipalities’ prerequisites for local growth efforts. A natural component was also to study what the municipal organisation can do to contribute to a positive climate for its trade and industry.

Within the framework of the assignment, Growth Analysis has conducted interviews with a selection of business operators in three municipalities; Mark, Orsa and Boden. A common denominator for the three municipalities is that they all work actively to improve their lo­cal business climate. The aim of the interviews was to form a picture of how the companies themselves value the importance of the municipality level for their possibilities to develop. We also wanted to get a picture of which municipal operations the companies consider to be particularly important for their future development. Our findings indicate that the com­panies in general value short administration times, correct information and decisions and that the municipalities work to improve the infrastructure. Nonetheless, they also feel it is important that the municipalities, both politicians and officers, work to improve attitudes to business. These findings are in line with earlier research.

According to the literature review, public service, education and the municipal infrastruc­ture are factors that are to a great degree controllable by individual municipalities. The same applies to the municipalities’ possibilities to be a coordinating player in local develop­ment efforts. The municipalities also have some possibilities to promote expansion of infrastructure for digital communication and contribute to the development of the local human capital. They can also to some extent influence attitudes to and prerequisites for entrepreneurship and contribute to the development of a local market and a diversified trade and industry. Access to national infrastructure, however, can only be influenced to a limited extent. On the question of what the municipalities should give priority to, areas where it is possible to mobilise the involvement of several different players are empha­sised. What is possible is determined by local prerequisites. The municipalities should focus their efforts on general measures that strengthen the business climate and make it interesting for more companies to establish themselves in the municipality, which can be expected to contribute to a diversified trade and industry.

To put these questions in a comparative perspective, surveys of Norway, Denmark and Finland are presented alongside examples of Swedish initiatives. The purpose of these brief surveys is to investigate whether there are national initiatives in these countries di­rected at the municipal sector. Some details from these surveys are considered to be of interest from a Swedish perspective.

The report identifies development potential at different levels in the system, from the munici­pal and inter-municipal/regional levels to national level.

At the municipal level our findings from the company interviews indicate that there is a need to further increase consensus between the municipality’s departments. One important lesson is thus that efforts to improve the business climate must not remain within a trade and industry office or some equivalent department.

In Growth Analysis’ opinion, the municipalities can also improve the local business cli­mate by working with the operations that the companies consider to be important for their possibilities to develop.

The report also points out the need for developed collaboration between the municipal and regional levels. Swedish municipalities are often too small to make major investments or implement growth measures of any substance on their own. Development-oriented measures therefore need to implemented in cooperation with other players to increase the chances of being able to influence development.

Growth Analysis considers that there is a need to strengthen the linkages between the munici­pal, regional and national levels. With stronger collaboration, greater impact would be able to be achieved in the implementation of the regional growth policy. One important prerequisite for this is that there is sufficient capacity and competence at the municipal level.

One observation from some Swedish initiatives aimed at the municipal level is that they are as a rule short, time-limited measures. Despite these initiatives, it is Growth Analysis’ opinion that the fundamental problem still remains: The smaller municipalities are not equipped to be able to contribute to local and regional growth efforts effectively in the long-term.

It is in the government’s interest that development potential in the whole of the country be exploited. Material from this and earlier reports indicates that primarily small municipali­ties find it difficult to implement measures to exploit the growth potential that exists. From a government perspective, initiatives to strengthen small municipalities’ prerequisites to work with growth issues are therefore motivated in order to be able to take better ad­vantage of the country’s growth potential.

If the government wishes to proceed further with concrete initiatives to improve small municipalities’ prerequisites to contribute to regional growth efforts, the report outlines some possibilities.

Growth Analysis proposes that the government consider a national initiative to strengthen small municipalities’ capacity in growth matters in the long term. Some rough starting points might be: 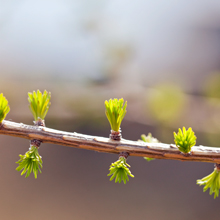