- a framework for evaluation and analysis of innovation policy

In 2011,The Swedish Agency for Growth Policy Analysis, henceforth called Growth Ana­lysis, conducted a study called The Performance and Challenges of the Swedish National Innovation System as a basis for the evaluation of Swedish innovation policy made by the OECD. The report was published in November 2012, the same month that the Swedish government published its innovation strategy.

The purpose of the present report is to summarise how Growth Analysis has chosen to approach the two sub-assignments detailed in its appropriation directions for 2012 based on the innovation strategy and the OECD background study:

The research and innovation policy drawn up in Sweden over the past decade, has attempt­ed, in various ways to rectify shortcomings in the innovation system. This has resulted in a complex flora of instruments, where the focus has often been on introducing individual instruments without considering how they might affect the system as a whole. Further­more, the individual instruments have not been scientifically evaluated and some instru­ments have had a tendency to remain in place despite evidence that they are not very ef­fective. Both observations bring questions of continued policy learning and the mix of policy instruments to a head, which is the main theme of the report.

Sweden’s innovation policy mix has been analysed on a number of occasions. The results among other things indicate insufficient coordination between the authorities/agencies that provide support. The big picture is fragmented and the national innovation system is not deemed to function optimally.

Growth Analysis proposes a framework to analyse the Swedish policy mix and guide those actors whose task it is to draw up and implement Sweden’s innovation policy. The pro­posed framework is therefore to be considered a platform to systematically identify analy­sis and development needs concerning the innovation policy and contribute to better coor­dination with the executive players. The framework is based on the OECD’s policy mix framework. By using the OECD’s concepts, Growth Analysis can extend the knowledge-base developed in the OECD’s reports.

The framework consists of the following:

These areas are put forward in the OECD report as requiring further development.

Continued learning with support in the policy instrument mix

One of the underlying reports concerning Sweden’s policy instrument mix supports the findings of both the European Commission’s and the OECD’s studies.¹ Many players in the innovation policy arena often have minor and overlapping instruments. One area where the instrument overlaps is support for SMEs. Another area where the organisations studied have several measures is large collaborations or excellence centres. The OECD’s report emphasises that pursuing several parallel excellence centres is a problem, since it reduces the possibility to join forces and create a critical mass.

The purpose of making a survey of Sweden’s policy instrument mix is to initiate a discus­sion that can be used to:

Continued learning on the basis of the diagnostics

Against this background, four different studies have been made. The table describes the findings from the studies and implications for learning concerning the innovation policy.

Growth Analysis’ role in the work to come

The analysis framework proposed in this report and the new studies made within the framework of the government’s commission point out the advantages of continuous learn­ing focused on building up competence and proficiency in both the design of Sweden’s innovation policy, the implementation of the innovation strategy and the composition of the policy instrument mix. Learning comprises both adaptation and competence-building to improve the effectiveness of the Swedish innovation system. Since there are no ready an­swers as to what an optimal design should look like, the ability to learn, linked to govern­ance, is an important feature of the development of the innovation policy.

One difficulty that faces a learning innovation policy is Sweden’s unique way of organis­ing how policies are formulated. Sweden’s system of government is based on a clearly defined distribution of work between the ministries that formulate policy and the authori­ties and agencies that implement the policies. The proposed framework is therefore to be seen as a common platform to systematically identify analysis and development needs concerning the implementation of innovation policy and contribute to better coordination with the executive players. 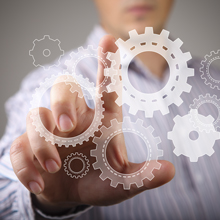