The main aim of the final report is to provide an updated and definitive picture of the programmes’ implementation and goal attainment. A general feature of all the programmes is measures aimed at strengthening the prerequisites for commercial services in areas where it is scarce. All counties have implemented a range of measures that are directly or indirectly intended to support neighbourhood shops and filling stations. Much has been done in connection with support for commercial services but most counties have also taken several other measures to improve accessibility to commercial and public services in prioritised areas. Coordination of services, measures to make certain premises more accessible, municipal service strategies, competence development and technical solutions for broadband and pay services have been important prioritised areas in this respect. The scope and content of the measures have however varied widely between counties.

In making its evaluation, Growth Analysis has focused on measures aimed directly at strengthening neighbourhood shops and filling stations. In many cases, however, it has been difficult to assess the programmes’ goal attainment because no concrete goals that can be followed up have been set. Growth Analysis has therefore analysed development and accessibility to everyday commodities and vehicle fuel since 2009 both by county and for the country as a whole. We then related development, where this was possible, to concrete goals in the programmes.

The major restructuring of both the convenience goods market and the vehicle fuel market has had effects on the shop and filling station networks. The changes have among other things meant that the number of small shops has fallen drastically while the largest shops have seen a dramatic increase. On the vehicle fuel side, the major players have reviewed their networks and either closed less profitable filling stations or converted them into unmanned stations. The number of unmanned stations has risen sharply since the early 1990s. Developments since 2009 have led to fewer service points in the country as a whole, both for convenience goods and for vehicle fuel. The picture varies, however, between different parts of the country and between different counties.

Changes in the service network have in many cases led to a deterioration in accessibility. The network of service points for both convenience goods and vehicle fuel outside the major population centres is so sparse in many areas that both closing or opening a service point has a distinct impact on accessibility. Many shops suffer from poor profitability and several counties have warned that a new wave of closures may be approaching. There is thus a degree of vulnerability in the existing networks and this may have serious consequences in the future as regards accessibility.

Regarding convenience goods, changes in the service network have been going on for several decades. After a few years with relatively minor changes in the number of shops, closure rates accelerated once again towards the end of the programme period. Accessibility to convenience goods also declined in most counties between 2009 and 2013, but the changes have been fairly small.

The development during the period is largely a result of factors that the service programmes cannot control. A negative population development means for example that the customer base decreases in many areas, at the same time as greater mobility and competition with large shops contribute to lower customer loyalty.

The most strategic service points are very important as regards accessibility and changes in existing service networks often have an immediate impact in accessibility surveys. Within the framework of the programmes, a range of different measures have been implemented to strengthen the most strategic service points in rural areas close to population centres and sparsely-populated areas. In many cases, some of the negative impact has been able to be mitigated by means of support for local initiatives and the establishment of new service points in strategic locations. Here we can clearly see that support for commercial service is an important tool for good accessibility to service for people and companies. Over the programme period, support for shops and filling stations through the ordinance on commercial service varied between SEK 41 and 57 million a year. Most of the support is made up of funding from the counties’ own appropriations (1:1 regional growth measures) but some also comes from extra allocations of funds made by the government over the programme period. Funds to support services have also been available in the Rural Development Programme for Sweden.

Measures to support the most strategic service points, with long distances to alternative service points, are important for good accessibility. Without these measures, accessibility to both vehicle fuel and convenience goods would have been much poorer in many rural and sparsely populated areas. First and foremost the longest distances, relatively speaking, would have increased and there would have been considerably more people with more than 10 minutes to their nearest service point than today. The measures taken within the programme to increase accessibility to vehicle fuel and convenience goods and to strengthen existing service point have therefore been very important.

It is also clear that the most sustainable service solutions are those that have a long-term perspective and where many different players take joint responsibility for developing and maintaining service in small communities. In this respect, the municipalities play a central role in the coordination solutions being viable and long-term.

During our work on the evaluation, we found that many programmes have shortcomings as regards formulating goals and indicators. It has therefore been possible in only a few cases to relate development to concrete project goals. In the programmes where it was possible to measure goal attainment, the goals were attained in some cases but not in others. In Growth Analysis’ opinion therefore, clearer demands must be made of those responsible for the programmes in this area as the next programme period gets under way if it is considered to be of interest to be able to follow up the programmes’ goal attainment.

Growth Analysis also considers that there have been insufficiencies in the counties’ work to follow up their own efforts. The regionally responsible authorities therefore need to improve their own follow-ups and evaluations of the measures they implement and institute systems and work methods that make enable the results and experiences of implemented measures, follow-ups and evaluations to be made better use of than today. 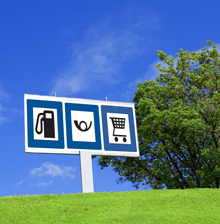