Policy instruments to combat climate change: the transformation of enterprise and industry

The Swedish climate policy framework is comprehensive in that it covers the entire Swedish industry. It is dominated by general economic policy instruments, complemented by specific instruments with the purpose of creating incentives for technological innovation. The cost-effectiveness of the economic policy instruments are however weakened by numerous exemptions. Improving the cost-effectiveness and increasing the pressure on industry is necessary to achieve the government’s climate goal of no net emissions by 2050.

The major part of emissions from enterprise and industry are covered by either energy and carbon taxes or the EU Emissions Trading System. However, the carbon tax (generally 1005 SEK per tonne) varies greatly between different industries as a result of abatements and exemptions. Half of all industries pay less than one third of the standard carbon tax per tonne of emissions.

Many of the industries that have low carbon tax expenses are covered by the EU Emissions Trading System. However, in general, the price of carbon dioxide is low within the trading system and most companies that are covered by it show a surplus of emission allowances.

The objective of this study was primarily explorative and descriptive. It has, however, brought to light some interesting lines of inquiry that should be the subject of further analysis.

One overarching question is whether extensive exemptions from the use of cost-effective general policy instruments have meant that the climate policy framework is not only lacking in cost-effectiveness but also is not efficient, in practice.

Our study points to a need to increase both the cost-effectiveness and the efficiency within the climate policy framework. This may be done by reducing variation in the cost of carbon dioxide emissions for major actors of the economy, and by increasing the pressure and/or incentives for transformation of enterprise and industry.

It is, however, necessary to consider the conditions in specific industries, including the risk of carbon-leakage. A climate policy framework that is effective in practice will need to depart from what is theoretically optimal. 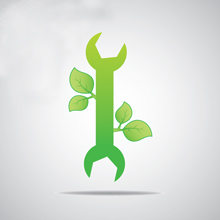 Policy instruments to combat climate change: the transformation of enterprise and industry – a survey of the climate policy framework