Sweden in a European perspective

– What can Espon say about Sweden and Swedish regional policy priorities?

Monitoring one’s surrounding is important to better understand one’s comparative strengths and weaknesses. This is especially true for a country like Sweden, which is small in terms of population and has an open economy that is dependent on trade and knowledge exchanges with other countries – both in Europe and around the world.

One way of doing this is to look at comparable European information concerning Swedish challenges and priorities. To take a step in this direction, this report brings together Espon results and put them in a Swedish perspective. In this case, the added value of using Espon as a starting point enables us to see Sweden and its regions in a European perspective and use this knowledge to contrast a genuine Swedish inside perspective. However, it has to be noted, Espon is neither intended nor suited to replacing more detailed national or regional studies.

Understanding Sweden in a European context

Broadly, the findings from Espon’s latest synthesis report (Territories finding a New Momentum: Evidence for Policy Development, Growth and Investment) can be summarised as follows:

The economic crisis has hampered developments towards territorial cohesion in Europe. Disparities in Europe are increasing, both between countries and between regions within countries. This territorial dynamics have led to respectively confirmed following pattern:

Sweden from a European perspective

These are some examples of how Espon results can be used to enrich the national or regional discussions with an outside perspective. With this report, we hope to stimulate a dialogue between national and regional actors around the benefits of Espon. The report can also be used as a basis for identifying knowledge and possible knowledge gaps in relation to the national strategy for regional growth and attractiveness. 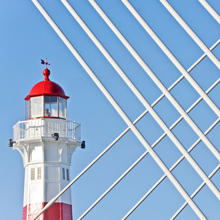 Sweden in a European perspective – What can Espon say about Sweden and Swedish regional policy priorities?