Sweden’s energy policy aims to create the conditions for a stable energy supply – one that is also sustainable and contributes to trade and industry’s competitiveness. The current energy policy framework and instruments generally work well and will, according to most assessments, be sufficient to achieve the goals set for 2020.

In the future, however, particularly between 2020 and 2050, a number of important energy challenges look set to emerge. The overarching vision for Sweden’s climate and energy policy is a fossil fuel independent energy system by 2050, which poses various challenges and encompasses significant and complex questions concerning the transformation of the transport system, the future of nuclear power, and the development of renewable energy and its input into the power grid. Currently there are only partial answers to how these issues should be handled, and energy policy will in coming years need to be clarified, not only in terms of its general direction, but also the steps that need to be taken to reach that point, and the players with responsibility for each of the steps involved. The Swedish government has also set up an energy commission tasked with investigating some of these issues. This is in addition to Roadmap 2050, which is currently being considered by the environmental drafting committee.

The starting point for this report is that innovation, both technical and political and institutional, will play a central role and that this will not happen automatically:

Taken together, this warrants a combination of measures along the entire innovation chain. The question is how innovation policy can be formulated in order to address these challen­ges, and what opportunities and challenges this creates for political decision-makers.

The report illustrates and reflects the issue in light of the experiences of innovation-promo­ting energy policy in other countries. The focus is on the design and implementation of policy instruments aimed at developing and disseminating new technology to tackle future energy challenges.

Below is a summary of the report’s core observations.

What we are seeing in practice is that the majority of countries combine general measures, such as taxes, emission rights trading and public R&D programmes, with a variety of selective innovation policy instruments.

The countries differ in several dimensions, and the design and implementation of policies varies. Developed industrial and knowledge nations such as Denmark, Germany and the USA have entirely different conditions to emerging economies, such as India and China. Directly transferring policy experiments between countries is therefore difficult, but the differences also mean that there is a sizeable and varied experience bank to study and learn from.

On the basis of the international experiences and experiments, three general observations emerge as central themes, irrespective of the countries’ different conditions:

The Swedish context – some reflections on potential policy implications

Energy policy in Sweden finds itself at the start of 2015 undergoing a process of transformation. Despite facing numerous challenges, Sweden is in many ways well equipped to respond to such challenges. However, a number of significant challenges lie on the horizon beyond 2020. According to assessments, it is not possible to achieve the goals set for 2050 using currently agreed or planned policy instruments.

Innovation policy can, if correctly designed and incorporating international experiences, play a supplementary role to other and more general policy instruments. There are some particularly relevant questions linked to the Swedish context that need to be asked in light of these experiences:

Naturally any decision on the various courses discussed above is ultimately political, and priorities and perspectives must be weighed against one another. The experiences of other countries show in no uncertain terms that it is easy to make mistakes – but also that clarity can be rewarded and is appreciated by investors who want to see clear, stable rules with strong public support. 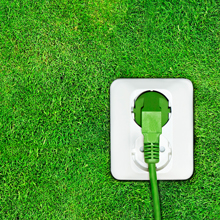