– an analysis of the Innovation Union Scoreboard

Sweden is ranked as the EU’s best innovation country but if other European countries are included, Switzerland is more successful. However, since 2006, Sweden’s development with regard to the overall innovation indicator has been poor.

In general, the gap between Sweden and other innovation-leading countries has decreased. The specific indicator for innovation results shows that Germany is now the leading country while Sweden is number one with regard to all indicators.

All in all, the gap between Sweden and other countries has decreased for eleven indicators, is unchanged for seven and has increased for seven. Both the increases and the decreases have taken place primarily within indicator fields linked to business activities and conse­quences of innovation.

Two factors are given as an explanation for Sweden’s success as captured by the innova­tion performance indicators. The first is that Sweden’s business structure with advanced engineering-based industries gives high scores for several innovation indicators, for example, patent applications and R&D in the business sector. The other is that Sweden is the country that demonstrates greatest breadth. No other country has such high scores for so many innovation indicators.

The diminishing gap between Sweden and many other EU countries is probably linked to the fact that it is relatively easy to raise the score for a number of indicators, for example, the proportion of young people with upper secondary school education, and the registration of trademarks and designs. However, certain indicators demonstrate an improvement for other leading innovation countries while Sweden has instead stagnated; this is true of Denmark, Germany and, to some extent, the Netherlands.

One conclusion that can be drawn from the report is that Sweden’s innovation policy must focus more on effectiveness. Government interventions should have well-formulated goals which can be made more specific over time as learning increases in order to achieve explicit results.

Growth Analysis assesses that some of the areas pointed out by the EU innovation indica­tors are particularly worthy of attention in order to see how effective Swedish government interventions are. These areas are:

Our study of the various EU innovation indicators shows that Sweden’s high scores for innovation capability are more a result of the fact that Sweden has high scores for many indicators rather than holding a top place for all dimensions. One conclusion that could be drawn is that Sweden’s innovation system does not have any major faults that need to be rectified which in turn means there are no low-hanging branches laden with fruit waiting to be picked that will lead to a rapid improvement of results.

It is also quite possible that the indicators do not reflect the new business sector correctly. Perhaps the most important challenge with regard to research and innovation policy is to ask oneself whether the prevailing institutional structure is the best, considering how the business sector has changed dramatically with companies like Klarna, Spotify and Uber. 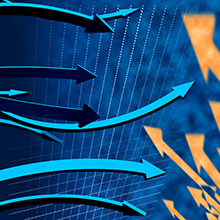 Innovation climate in Sweden – an analysis of the Innovation Union Scoreboard