What effects do they have on employment?

In this report, the Swedish Agency for Growth Policy Analysis (Growth Analysis) draw conclusions and give recommendations based on the results of seven studies which from different perspectives evaluate the effects of tax relief on companies that perform both household services as well as restaurant and catering services. The purpose of the studies is to analyse whether the introduction of the tax deduction on household services, RUT, and on services within repair, rebuilding and extensions, ROT, as well as the reduction of value added tax (VAT) for restaurant and catering services, has brought Sweden closer to the general economic policy goal of more jobs in more and growing companies as well as the goal to facilitate for more people with limited education to get into work.

The costs of the three reforms amounted to SEK 132 billion during the periods studied, 2010–2015 for the RUT and ROT tax deduction and 2012–2014 for the VAT reduction reform, and have since continued to increase.

By means of descriptive reviews, we study the effects on employment and growth in the subsidised companies. For the RUT tax deduction, we also study the reform’s effects on sales turnover, labour productivity and company survival. With the reduction of restaurant VAT, we also look at factors such as total salaries, profit margins and the entry and exit of companies.

The subsidies lead to increased employment but the extent differs

The evaluations show a positive effect on employment for all the reforms. During the period 2010–2015, the RUT tax deduction is estimated to create between 7,700 and 9,300 more jobs and the ROT tax deduction to between 11,000 and 16,000 more jobs. The corresponding result for the VAT reduction reform was about 11,300 jobs. Companies using the RUT deduction subsidy also increased their sales turnover, work productivity and survival rate. Companies covered by the VAT reduction also increased their sales, total salaries and profit margins. The net contribution for companies covered by the VAT reduction was positive.

For both the RUT tax deduction and the VAT reduction reform it is an express goal to increase employment among individuals in a weak position in the labour market. At the same time, the government sets no requirement that subsidised companies shall employ people who actually belong to the defined target group. Our studies indicate that the RUT tax deduction is to a great extent missing the intended target group, i.e. people with low educational attainment. Our results also show that the target group is being missed more frequently with women than with men. This is because the proportion of women who have upper secondary or higher education is greater than for men.

A large proportion of the individuals who have found jobs in the subsidised companies had income in the previous year from other paid work. The largest proportion with a previous paid income is found among those employed in ROT companies.

ROT tax deduction is more costly than the other two reforms

Our calculation of the gross cost for each job created indicates that a job in a ROT company is about 3-4 times more expensive than in RUT and VAT reduction companies. According to the calculations, the cost of each job in a ROT company is SEK 6 to 8 million. The corresponding cost of each job in a RUT or VAT reduction company is estimated to be SEK 1.6 to 2.3 million. We also see a trend towards increased costs combined with a lower employment rate. This trend indicates that the reforms become more costly over time.

Our studies also indicate that the RUT tax deduction is to a great extent missing the intended target group of persons with low educational attainment. Also, a large proportion of those who were employed in the subsidised companies had not previously been unemployed but rather had income from other paid employment. To achieve the goal of creating jobs for people with low educational attainment, or who for various other reasons are in a weak position in the labour market, the government should consider measures to better reach the intended target group. 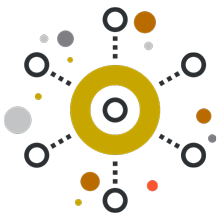 Industry-specific tax subsidies - What effects do they have on employment?