– Obstacles to and opportunities for development

Physical planning plays a central role in securing prerequisites for business by crea­ting stable, legal foun­dations for the land use that trade and industry demands. Planning also has an important function as regards creating pre­requisites for attractive living environments. The quality of housing is an important factor when people choose where they want to live. Attractive living environments are therefore also important from the point of view of trade and industry, not least as regards possibilities to recruit and keep personnel.

The report contains case studies from three regions: Skåne, Östergötland and Dalarna. A common denominator for all three regions is that they have had, and continue to have, ambitions to link the municipalities’ general plans more closely to the regional development programmes. Observations from the case studies show among other things that the outcome of the work is highly dependent on whether a distinct value added can be shown for the players concerned. In the case of Skåne, it has for example it been easier for the municipalities concerned to see the benefits of joining together the whole of Skåne to form a common labour market while this has been more difficult in Dalarna. The Dalarna and Östergötland case studies illustrate that greater inter-municipality collaboration can begin on a small scale. This was the case in Östergötland, where Linköping and Norrköping have a common general plan and where there now seems to be interest in neighbouring municipalities collaborating more. Falun-Borlänge are also on their way to drawing up a common general plan. In this way, certain municipalities can thus lead the way in a development that can later include more munici­palities. One general observation is that the process is an important one. A general impression from the three case studies, however, is that interest in inte­grating the regional development programmes more closely with the municipalities’ general plans is fairly low, with the possible exception of Skåne.

The findings from the case studies also lead us to the question of the differences in prerequisites between Sweden’s municipalities and regions. A relatively densely populated and expanding region like Skåne for example probably has better prerequisites to integrate regional and municipal plans than more sparsely populated areas like Da­larna.

The report also contains three case studies at municipal level: Kiruna, Örnsköldsvik and northern Bohuslän. All the municipal case studies describe initiatives for greater collaboration between municipal growth and develop­ment efforts and physical planning. In Kiruna’s case the reasons are obvious as the city of Kiruna is about to be substantially transformed, which involves the planning of an entirely new city. The municipality has therefore initiated extensive efforts in this direction where open­ness and participation are the guiding principles. Overall, it is a matter of using the transformation as leverage to stimulate positive development in the municipality. In Örnsköldsvik the municipality has been working for many years to strengthen integration between phy­sical planning and the municipality’s other growth and development work. This has among other things resulted in the municipality forming itself early on into a “Growth Unit” within which both physical planning and the municipality’s other growth efforts are pursued. A need for greater inter-municipality planning has been identi­fied in the five municipalities collaborating in northern Bohuslän. Overall, the municipalities consider themselves to have become stronger as a result of closer collaboration on planning. In this respect it is not least a matter of achieving a good balance between preservation aspects concerning the unique natural and cultural values in the area on the one hand and the ambitions of trade and industry and the visiting in­dustry on the other.

To put the Swedish system of plans in a comparative perspective, a number of other countries’ sys­tems are also described in the report. In this respect, the Norwegian and Finnish systems are of particular interest from Sweden’s point of view since the countries have very similar geography and structure in general as well as a similar social structure. The report also contains parallel descriptions of Brazil and the United States.

Need for common processes between regional and municipal levels

In Growth Analysis’ opinion there is a need to increase coordination between local and regional growth issues and physical planning and strengthen collaboration between the regional and the muni­cipal levels.

One necessary step is therefore to develop a system that enables planning that better reflects functional regions. To develop such a system Growth Analysis judges improvements to be necessary at different levels.

Another way of expressing the development needed is that there is a need to balance the municipal and regional players’ areas of strength.­ The regional players have a distinct role and competence as regards issues concerning regional economy. The regions on the other hand have a weaker role, and weaker competence, when it comes to regional planning. The municipal players have a central role as regards physical planning. Their role in growth issues, on the other hand, is not as prominent. This seems to indicate that the players’ roles and com­petence need to be balanced by strengthening the regions’ role and com­petence as regards physical planning and the municipalities’ role/competence in regional eco­nomic issues.

The ideal situation would be for regional growth and development policy to be shaped to a greater extent through dia­logue between representatives of the municipalities and the region. A system for general plans and regional development programmes would have the pre­requisites to be a strategic arena for nego­tiations and interaction between the  state and regions/municipalities.

The report outlines possible proposals if the government wishes to stimulate increased collaboration between physical planning and local and regional growth efforts, and between the municipal and the regional level.­

The proposals are categorised according to public authorities’ ability to steer and control in three important tools: Information, economic policy instruments and regulation

Commissions for authorities with responsibility within the planning system today

The government can commission the county administrative boards, within their existing assignment according to the Planning and Building Act, to pay greater attention to how regional growth efforts are dealt with in the municipalities’ general plans and in particular as regards issues with inter-municipality linkages.

According to the present system, the municipalities are to examine the currentness of their general plans at least once during the term of office. In connection with drawing up or changing the general plan the municipality is to consult with the county admini­strative board and with the municipalities, regional planning bodies and other municipal bodies that have responsibility for regional growth efforts and transport infrastructure planning. As shown in the report, it has proven difficult to get a live process linked to general plans and regional development programmes off the ground.

One way to strengthen the process would be to give more weight to the consultation element between the muni­cipality and the player who has responsibility for regional development. The consultation can then contain considerations of whether new prerequisites have arisen, not least concerning aspects that impact the region’s and the municipality’s development. One such new prerequisite might for example be that the region is about to draw up a new or revised regional development programme where new or changed emphases are under consideration.­ Or changes in the world around that necessitate new plans and programmes or require existing plans and programmes to be revised.

An endeavour to strengthen the linkages between general plans and regional development programmes may be hindered for resource reasons, where certain municipalities, especially smaller ones, report a lack of resources. One way to handle this would be to consider some form of aid for the muni­cipalities to strengthen their capacity in planning matters. Such aid could be general and which all municipalities can apply for or aimed at smaller muni­cipalities.

One way would be to open up for municipalities to apply for financial aid equivalent to approximately 50% of the activities planned over a certain period of time. Such aid could be administered by by an appropriate national authority, by way of suggestion the National Board of Housing, Building and Planning jointly with the Agency for Economic and Regional Growth. It could also to advantage be part of a national development programme with a focus on growth-oriented physical planning.

Another possibility is to consider adjusting the text of the ordinance to sti­mulate greater integration between physical planning and local and regional growth perspectives and between the municipal and the regional levels.

This might consist of ­­inserting a provision in the Planning and Building Act and the Ordinance on Regional Growth Efforts to the effect that municipalities’ general plans and the regional development programmes must be drawn up over the same period of time.

Another possible adjustment might be to stipulate that the municipal general plan contain a mandatory municipal development section.­ One way would be to draw up such an overall document within the framework of the work on the general plan, inspired by the Norwegian sys­tem.

Finally, giving the regional players who have regional responsibility for growth the authority to decide, in consultation with the munici­palities, what need for regional or sub-regional plans can be identified during the period of office should be considered. The plans would then be drawn up by the participating municipalities in collaboration with the regional player. Here again, it is likely that such a proposal would need to be accompanied by some form of resource and competence reinforcement at regional level. 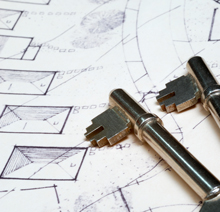