– outcome and proposal of method for future analysis

A report on international competitiveness at a time when the world is undergoing a global financial crisis and where quantitative data is still limited with regard to the crisis’ structural effects is naturally limited in what it can analyse.

In Chapter 2, this report presents the overall development of competitiveness in the form of competitiveness indicators with regard to income and production. In addition to this, the development of the terms of trade, labour productivity and the unit labour cost are also presented. The indicators are chosen based on the Growth Analysis Letter of Appropriation assignment and based on indicators previously developed by the Swedish Institute for Growth Policy Studies (ITPS). Chapter 2 notes that the collective impression upon comparing the indicators is that:

A country analysis indicates that it is mainly against the US and Norway that Sweden has difficulties competing. Sweden has more production than the other competition countries chosen. The overall analysis indicates that the SEK’s relationship to the surrounding world affects several of the indicators, in many cases negatively. Gross national income (GNI) is developing slower than the gross domestic product (GDP). Commodity prices are set in USD, which has a major impact on the terms of trade.

In Chapter 3, the analysis shifts to international competitiveness on an industry level by utilising existing foreign trade statistics in a new way. Based on foreign trade data, the goods/products are derived, which during an eight-year period can be identified as:

The three dimensions at the product group level make it possible to identify business segments and companies that work with this kind of product in its business areas. In 2005, Sweden’s exports amounted to approximately SEK 900 billion. Of more than 8,000 product groups named in Sweden’s export statistics, approximately 100 account for half of the export value. A large proportion of them can be said to compete on international markets. The analysis at the lowest industry level or product level indicates that:

The analysis in Chapter 3 has not exhausted the possibilities of describing the development of Swedish competitiveness on an industry level. Chapter 4 discusses how one can use this approach as a selection instrument for studies or expert panels where companies are placed in a national and regional context. This approach can provide in-depth understanding of how economic policy has affected competitiveness on an industry level, but also how it can be developed to support future development. Consequently, the method can be said to make it possible to supplement information produced by other more overall analyses.

In commissioning Growth Analysis, the Ministry of Enterprise, Energy and Communications requested a review of the barriers to the development of competitiveness and exports that can be influenced by political actors. Growth Analysis must admit that the ministry’s wishes could not be met here. This was due to the issues’ considerable complexity and the time and resources that Growth Analysis had at its disposal for completion of the assignment. Growth Analysis must instead return to the issue continuously in the next few years as it lies within the scope of the entire agency’s activities. In other words, providing advice and recommendations on how Sweden will be able to strengthen its international competitiveness on the long term is one of Growth Analysis’ most important assignments and constitutes the core of many future products. 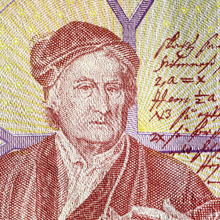 Swedish competitiveness – outcome and proposal of method for future analysis