Entrepreneurship and SME-policies across Europe

– The cases of Sweden, Flanders, Austria and Poland

This is the concluding international report of IPREG (The Innovative Policy Research for Economic Growth) The IPREG, project deals with two main issues: first the estimation of the total net cost of public expenditure distributed on the entrepreneurship policy (EP) and the small business policy (SMEP). The second issue is to describe the comprehensiveness of these policies. Comprehensiveness measures the coverage of measures within the policy area, i. e. the size of the set of measures used. The IPREG study described in this report has been carried out in the following nations/regions. Austria, Flanders (Belgien), Poland and Sweden.

Each of the two issues concerning the costs and the comprehensiveness has been dealt with in all our cases. However, there are some differences between these cases. Concerning the cost project data presented are to a high degree dependent of how such information could be gathered in different countries/regions. Therefore, the most important part of the report is the different chapters describing the four cases. Each case chapter is a summary of a more complete country/regional report. In the concluding chapter of this report some comparisons between the cases are presented.

Within the EP/SMEP areas two major categories of net costs for 2009 have been delimited and estimated, viz. a narrow definition of EP/SMEPs and a broad definition of EP/SMEPs. The first group deals with estimation of net costs explicitly aimed only at EP/SMEPs areas. The second deals with estimation of net costs that are aimed at all firms regardless of size and where a fraction of the costs is allocated to EP/SMEPs. In such cases a calculation is made of the size of the costs that are allocated to entrepreneurship and SMEs. Now, how the costs have been calculated differs between the cases. In Sweden there exists a lot of public documents and written materials concerning both the narrow and the broad policy, in Flanders (Belgien) one has to a high degree depend on surveys among experts and their estimation of cost allocation. Flanders has also mainly calculated the costs for the region Flandern. In Poland there has been a similar approach compared to Sweden. For these three cases costs for both entrepreneurship and SME policy measures have been described. In Austria one has concentrated to analyze and describe costs for the entrepreneurship policy measures. Finally, there are slightly different possibilities to calculate the costs for the entrepreneurship policy due to lack of knowledge of the age of companies receiving support.

Concerning the comprehensiveness and mapping of policy measures taken there are a greater similarity between the different cases. Public expenditure has been categorized into different subareas, viz. Financing, Target groups (which includes the subgroups Women, Young, Old, and Immigrants), Counselling and information activities, Promotion activities, Training activities, Administrative burden, Networking, Innovative entrepreneurship, Entrepreneurship education and Policy-relevant research. There are some minor differences between how many subareas different cases describe and analyze. However, the methods of how to gather information are similar for our fours cases.

The IPREG project has resulted in interesting findings concerning the costs of Entrepreneurship and Small business policies as well as the comprehensives of these policies taken. For the first time it has been possible to estimate such a cost. The overall conclusion is that these costs are higher than expected. It is above all the so called broad policy costs that dominate the results. The costs spent on the narrow policy are marginal compared to the costs of the broad policy.

Now as has been stated before there is nothing that implies that larger costs are better than less. This project has not aimed to describe the impact of the policy measures taken. Such an impact study would be valuable to do in the future. The methods of data collection are different due to available material in different countries and regions, despite the fact that a manual for calculating the costs have been produced. Despite this there are great similarities according to our estimations concerning cost allocation to entrepreneurship policy for Austria, Flanders (Belgien) and Sweden, while Poland demonstrates smaller relative costs for this area. The total costs differ to a higher degree between our cases.

In the future we believe that it would be of greatest importance to develop the system so that more comparable data can be produced. This could be done if one could agree upon how costs should be allocated and described for individual projects and programs. Such an approach could be based upon the existing cost manual.

Concerning the comprehensiveness for the two policy areas there are greater similarities between the cases. One reason being that a similar approach of doing this part has been possible to use in all participating countries. Experts representing policymaking society, research society as well as business organisations have been interviewed in all the case studies. To a large degree there are a consensus between the experts of what subareas are of most importance. Financing and innovative entrepreneurship are two examples of subareas of high priority while there are more concern about the subareas of target groups and policy-relevant research. These conclusions should be of interest for policy makers in different countries and regions. It is also of interest that despite of the great differences in the regions and countries analysed these priorities are similar. Therefore, there is still a need to analyse more deeply the context and how it could influence the policy measures taken. 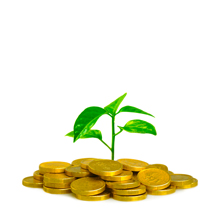 Entrepreneurship and SME-policies across Europe – The cases of Sweden, Flanders, Austria and Poland