The Swedish Agency for Growth Policy Analysis commission involves monitoring and evaluating the way in which the price of medicine was affected by the reregulation of the Swedish pharmaceutical market. The general aim was to find a method for separating the effects of the reform on the prices of medicines from other causes of price changes. The final report of the commission is to be submitted to the Government no later than 31 December 2012.  This is the second interim report.

Compliance within the pharmacy chain and the clearance of the product of the month has increased markedly, and the new regulations for the generic market have thus had the intended effect on compliance. The manner in which the generic market functions could be said to have improved through the reforms. The fact that a higher share of sales relates to the least expensive product, the product of the month, leads to a great composition effect. The expected cost effect of the altered composition is a cost reduction for both the pharmacies' cost prices (AIP) and the pharmacies' sales prices (AUP) of approximately 7 per cent for a typical group of substitutable medicinal products.

The increased compliance has also affected pricing on the generic market, which could have been expected.  The direct effects of the reform are that the AUP for the product of the month has increased by between 10 and 20 per cent while the consequences have been more diverse for other generic products and the AIP. This can mainly be explained by the increased trade margin for the pharmacies due to higher reimbursement for generic substitution.

Both the AIP and AUP of the alternatives (i.e., the products that were not the product of the month) have fallen in the groups of substitutable medicinal products where there are two or more bidders. Cost prices have decreased by 27 28 per cent and sale prices by approximately 7 per cent. The results also indicate that an increased market share for the product of the month after the reform leads to higher prices/bids, all else being equal.

A rough estimate of the total effect of the reforms is that it is cost neutral, measured by AUP in a two-actor market. When measured by AIP, the reforms seem to be cost neutral on all markets, regardless of the number of actors. The increased trade margin for the pharmacies has not thus far been fully regained through the other components of the reform.

The price development for non-prescription medicine has been in line with the general rate of price increases since January 2008. The medicine price index increased primarily during the period before Apoteket AB faced real competition, but since then, the price increase has subsided and the index is at a practically unchanged level. The considerably improved accessibility as a result of the increased number of retailers and longer opening hours has a cost and a value to the consumers. As accessibility has improved markedly in these dimensions without leading to an increase in price, this may be interpreted as a reaching of the goals that were set regarding the market for non-prescription medicine. 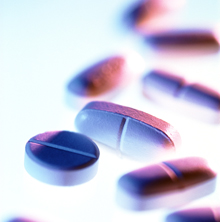