Interim report 2: follow-up of outcomes and analysis of competitiveness

The Swedish government’s Environmental Technology Strategy was launched in Septem­ber 2011 with the aim of coordinating development support and creating good prerequi­sites for the growth and export of Swedish environmental technology – from research and development, via the domestic market, to export. After 2013, 20 separate government measures within the Environmental Technology Strategy had been assigned to a total of ten governmental agencies. The Strategy is allocated SEK 100 million a year between 2011 and 2014; a total of SEK 400 million.

In order to help ensure that measures have the best possible possibilities to attain their goals, and to ensure a good knowledge base for decisions in the future, The Swedish Agency for Growth Policy Analysis (Growth Analysis) has been tasked by the government to evaluate the Strategy’s implementation and impact on a continuous basis. This interim report focuses partly on presenting the conclusions from the follow-up of the outcomes of the measures within the Environmental Technology Strategy that was made in autumn 2013, and partly on putting the Strategy in a broader context through a study analysing Sweden’s green competitiveness in an international perspective.

The Strategy’s composition and possibilities

The Strategy’s composition and content are important to consider to be able to make a reasonable assessment of its progress. The starting point in this report is therefore the dif­ferences between the measure’s target group, distribution of resources, level of risk and time horizon to be able to give a balanced picture of the prerequisites for the measures. Among other things it can be observed that a great deal of the Strategy’s resources have been devoted to measures with a relatively high level of risk and a long time horizon.

Outcome analysis – what has the Environmental Technology Strategy resulted in so far?

The Environmental Technology Strategy has been in place since 2011 and it is now of interest to assess what outcomes have been achieved as a consequence of the measures to which the Strategy has contributed. The report presents the conclusions drawn from a comprehensive follow-up of the short-term outcomes of the various measures within the Environmental Technology Strategy.

Very few outcomes from the Strategy’s measures have so far been able to be demonstrated. This means that even though activities have been carried out they do not seem to have in­fluenced the target group in question in a substantive way as of yet. The outcomes we can see so far are where they were to be expected: in measures with a focus on short-term out­comes and in particular the export-oriented measures. Examples of outcomes include:

Conditions are believed to exist for most of the assignments to be able to produce the in­tended impact in the long run. Most, however, have a long way to go and external factors may play a crucial role in whether they are successful.

The additionality, the value added, is a risk factor in many of the assignments. Future measures in this field should focus even more strongly on supporting activities that would otherwise not have been realised.

The report summarises and expands upon a recent study of the Swedish manufacturing industry’s green competitiveness. A measure of green competitiveness has been developed on the basis, among other things, of international statistics of green patents and exports. This is used to compare different parts of Sweden’s manufacturing industry with corre­sponding sectors in fourteen countries.

Some of the findings of the analysis are as follows:

A special analysis has also been made of the Environmental Technology Strategy’s com­panies on the basis of their industry’s green competitiveness.

The next step in the evaluation

In 2014, the evaluation will partly focus on a complementary follow-up of the results of measures not covered by this report (mainly Business Sweden’s export-promoting measures) and partly on developing an approach for evaluating impacts of the Strategy. Impacts on both firm level and system level will be considered.

In the coming work, particular attention will be given to highlighting the function of the Strategy within the context of the whole governmental support system, since the strategy is relatively small in size but is intended to make an impression on the system as a whole. 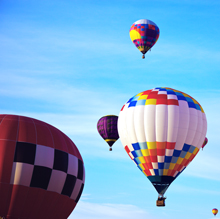 Evaluation of the Swedish environmental technology strategy Interim report 2: follow-up of outcomes and analysis of competitiveness