Five years have passed since the global financial crisis swept in over the Swedish economy with full force. In retrospect we can see that it hit Swedish industry very hard but also that it was over fairly quickly. The question is in what way industrial policy initiatives contri­buted to the relatively short-lived course of events. What was done, what did it cost and what might have been done better? The title of this report is “Industrial Policy in Times of Crisis – what can we learn from the financial crisis of 2008–2009?” and it is divided into four sections:

I. Financial crisis seen from the “driver’s seat”. It can be read as a brief description of decision making in the “eye of the storm”. (Chapter 2)

I. Financial crisis seen from the “driver’s seat” – decisions under uncertainty

The enduring picture that we have is that the situation in autumn 2008 was exceptional. What was most evident was that the financial markets were in a state of severe imbalance, which in turn hit industry, especially the manufacturing companies, with serious financial difficulties at the same time as demand was falling drastically, in particular in the automo­tive industry.  Like many other major players in the car industry around the world, SAAB and Volvo experienced acute problems.

Immediately the crisis began, substantial measures were taken to stabilise the financial markets. These included liquidity support for banks and a total guarantee framework of 3,000 billion SEK. The Financial Crisis Committee, formed in February 2011 to review the regulatory framework for handling financial crises, said in its first statement that the gov­ernment and Sweden’s central bank had acted quickly, clearly and decisively and had thus been able to restore confidence in the financial system.

What industrial policy measures have been applied? Were they to handle a short-term financial crisis with a brief cessation of demand or meet a prolonged structural trans­for­mation where problems with insufficient innovative ability and lack of future invest­ments suddenly surfaced? And how was the distressed automotive industry to be rescued, if in­deed it was supposed to be rescued? Strong voices were raised demanding extensive inter­vention by the government. The situation was very uncertain and difficult to assess.

II. Retrospective description of the structural changes during the crisis – a deep crisis with a rapid sequence

Companies were forced to dismiss personnel. The number of notices of termination of employment increased dramatically from about 4,000 a month in summer 2008 to almost 20,000 a month by the end of year. The situation was worst in the province of Småland and the west of Sweden where the number increased by 101% and 81% respectively between Q2 2008 and the same period a year later. All in all, the country’s production of goods fell by almost 20% between 2007 and 2009 and total industrial production by all of 65%.

Regional differences, however, were considerable. The crisis was hardly noticed in the Stockholm region, measured as gross regional product during 2008 and 2009, while Västra Götaland and several other regions showed a drastic decline during the same period.

A number of industry, labour market and education measures were launched shortly there­after which together with increased support to municipalities and county councils were intended to meet the decline in the economy. Together they comprised a total of approxi­mately 25 billion SEK of allocated funds during the acute phase of the crisis, of which 15 billion was in the area of industrial policy. The actual cost of the economic interventions would later prove to be much lower.

A balance between preserving and promoting transition

In retrospect a picture appears of policy measures that were primarily made to counteract the sudden fall in demand in the economy (cyclical interventions) and secondarily to accel­erate the transformation of industry, in particular in the automotive industry (structural interventions).  The picture was clear: the banks were under pressure and restrictive and many companies were experiencing great difficulties in obtaining financing from the banks. In the government’s judgement, complementary measures were therefore needed. Almi Företagspartner AB and the Swedish Export Credit Corporation (SEK) were given an injection of capital amounting to 2 billion and 1.5 billion SEK respectively at an early stage. The Export Credit Corporation and the Export Credits Guarantee Board (EKN) were at the same time granted extended credit and loan frameworks of 700 billion SEK. It is worth noting that parts of these reinforcements are still in place.

In order to further secure the companies’ liquidity, the National Tax Agency was author­ised to grant deferments of tax payments. 7,000 companies took advantage of this and payments amounting to almost 7 billion SEK were deferred. This measure has now been terminated.

Competence development initiatives dominated regional and local activities, mainly in the form of more money being paid into existing education and redeployment systems. Over and above the normal budgetary frameworks, a total of 670 million SEK was used on in­terventions to help companies and regions in difficulties.

Structural interventions to promote transition, not least in the sustainable direction, took more time to get up to speed. Three billion SEK were allocated to the Fouriertransform venture capital company, a state-owned company with a mission to finance development projects in the automotive industry. The fund has hitherto invested approximately a third of its capital in various development projects.

Some of the measures applied regionally and locally were implemented within the frame­work of the so-called redundancy coordination initiative, where the government assigned leading regional representatives (county governors, regional councillors or the equivalent) the task of leading and coordinating work in the regions in order to clearly mark Sweden’s preparedness to meet the crisis.

It is extremely difficult to put a precise figure on the extent of the industrial policy inter­ventions made during the crisis. Gross, including capital infusions, guarantees and pure allocations, the various interventions amounted to 733 billion SEK between 2008 and 2010. In retrospect, we can see that the actual cost was between 600 and 700 million SEK, most of which were used for competence development measures and a smaller sum for special interventions for companies in crisis situations.

The demand for loans from Almi doubled over the period from December 2008 until Sep­tember 2009 and SEK increased its loan portfolio by 14% and EKN its guarantees by 28% over the same period. Judging from the degree of utilisation, the measures were adequate. In the situation in which the interventions were made, it was difficult to predict what the costs would be. Now, a few years later, it is clear that the capital infusions and guarantees have hitherto not led to any substantial losses.  The loans from the European Investment Bank (EIB) have also been repaid. Regarding Fouriertransform, it is probably too early to determine whether the investments were profitable. More thorough impact assessments are needed to be able to draw conclusions about the possible long-term effects of the interven­tions.

However, an early conclusion is the interventions made through the existing systems – labour market policies, Almi, the Export Credit Corporation and the Export Credits Guar­antee Board and the National Tax Agency – were implemented rapidly and efficiently.  Others, Fouriertransform for example, needed much more time and were not up and run­ning until the economic climate had begun to turn.

The industry, labour market and education measures together with money paid to munici­palities and county councils contributed to maintaining consumption in Sweden at a higher level than in other countries with less well developed security and redeployment systems, which in times of financial crisis act as automatic stabilisers. This resulted in production in the service sector only falling by a little less than 1% between 2008 and 2009 and in the public sector actually increasing slightly even during the crisis period.

No one could “from the driving seat” in the middle of the crisis determine with any cer­tainty whether it was a temporary economic downturn or a matter of prolonged structural transformations. But it soon became clear that some of Sweden’s vital companies had been hit by a serious crisis with personnel cuts and a danger of bankruptcy. Demands were made for government intervention to “rescue” companies. The government largely avoided be­coming involved in individual companies and chose instead to use existing systems as far as possible. Measure were implemented quickly by injecting capital and “turbo activating” regional programmes and players like Almi, the Export Credit Corporation and the Export Credits Guarantee Board.

One of the bases for this choice was probably the experience of the shipyard and steel crisis in the late 1970s and early 1980s where the final cost according to the government’s own assessment in a bill to parliament in 1986 amounted to 60 billion SEK at 1986 prices. We can also see that the way the financial crisis, which proved to be deeper but less long-lived than the crisis of the 1970s, was handled was also considerably “cheaper”.

Even if there are lessons that can be learned, there are no simple, ready-made action plans for handling future crises. Every crisis is in some sense unique.

A new industrial policy in the wake of the crisis...

In the wake of the financial crisis, the OECD is showing renewed interest in a “new indus­trial policy” of a more general and dynamic nature. According to the organisation’s own analyses, what is needed – also in times of crisis – is to get away from subsidies and simple programmes. The aim should be to adopt a policy that creates the long-term prerequisites for an open, dynamic economy that promotes innovation, renewal and sustainable growth. And it is not least important that the policy in itself is flexible, i.e. that there are possibili­ties to learn along the way and review and adjust the interventions made.

Even though in most cases there are severe time constraints in an acute phase of a crises,  a lot is gained if decisions on policy actions is preceded by a thorough discussion on inter­vention logic, i.e. how the intervention is supposed to work and what problems it solves. It is also important to at the initial stage determine how and when it will be evaluated. The latter should be accompanied by an ”exit clause” that clarifies procedures for how inter­ventions should be reconsidered and/or terminated when the situation changes. Otherwise there is a risk for measures becoming permanent without a comprehensive evaluation and analysis of needs. 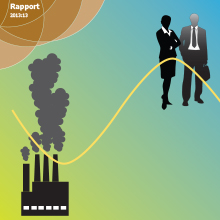 Economic policy in times of crisis - what can we learn from the financial crisis of 2008–2009?