Growth Analysis has been commissioned by the government to clarify the possibilities to improve access to statistics and facts in order to describe and analyse regions and rural areas. This can be seen against the background of society and the economy having become increasingly complex and dynamic and political decisions being dependent on the best possible underpinning statistical data. Sweden has a highly developed public statistics system, but new prerequisites mean that adaptations are also necessary in Sweden.

Statistics are no longer only a source of information for decision purposes but are increasingly becoming a fundamental factor in decision-making. Many decisions on corporate investments and public growth measures are made on the basis of statistics on regions and locations. At the same time, there remains a need to continuously receive facts, indicators and statistics, not least when it comes to following up different political strategies and action plans. A more evidence-based policy needs statistics that meet high quality requirements at the same time as they must quickly provide answers to complex, multi-dimensional questions.

New political challenges like globalisation, innovation, climate and environmental changes, gender equality or integration often require other statistics than those available in order to draw necessary lessons. Since statistics are often drawn up in relatively closed single-track production systems according to sector-specific needs, it is often difficult to obtain details of social phenomena with several dimensions, not least regional questions.

Within the framework of the commission, we are also to investigate which regional statistics can be made accessible more quickly. What is important, however, is dependent on the policy’s content, strategies and programmes. But regardless of this there are fundamental issues within the regional growth policy that can be arranged under the headings of people (human capital), enterprise, environment and climate and the flows between them.

On the basis of this we have investigated a number of special statistical areas. In some cases the supply and production time were judged to be adequate for general analyses and follow-ups down to municipality level, for example population statistics, the population’s level of development and the labour statistics based on administrative sources (RAMS). In other statistical areas, it is more difficult to obtain regional information, for example on environmental and energy statistics but also regional export statistics. Confidentiality and a restrictive view of companies’ statistics-provision burden may make access to regional statistics difficult. One concrete proposal for faster assessment of regions’ economic situation is to once again provide preliminary data on gross regional product (GRP).

It may be difficult to shorten the time taken to produce statistics with the same quality requirements and producers’ and data providers’ costs. Another possibility is to rely on short-term regional statistics to cover information needs when it comes to describing current status and trends. There are few register-based sources that can be used in this context and even fewer that can be used to interpret regions’ economic situation directly. Specific surveys such as the Labour Force Survey or the Trade barometer are generally better suited to reflect cyclical changes in economic conditions but are seldom available at levels lower than county level.

Model-based estimates can in some cases be an acceptable alternative in order to reflect a cyclical course of events. Within the framework of the work on the Raps statistical database, Growth Analysis will also investigate the possibility to once again offer regional model-based payroll expenses as a fast indicator of region’s economic status.

Both quantitative and qualitative sources exist to show short-term changes. In the same way as statistics are used in various international indicators to compare different countries, different sources of regional statistics should also be used to better reflect regions’ current status and development. In conjunction with the development of new indicators to follow up the future national strategy for regional growth, the possibility to use composite measures to describe and analyse development and growth in regions should also be taken into account. Within the framework of such a commission there should also be scope to elucidate the possibilities to combine different sources of statistics to obtain a better picture of a region’s current status.

There are also challenges and opportunities as regards rural areas. New sources of energy such as wind power and biomass, growing conurbations and new leisure-time interests, nature conservation and immigration are changing many rural areas. Despite their having become increasingly multi-faceted from an economic perspective, agriculture and forestry are still the single largest activities in rural areas. New prerequisites, increased international competition and a different demand for agricultural products, however, require constant adaptation and change.

Combining different activities in an agricultural company is an important question and can be seen as a reaction to increased pressure for change. Detailed surveys have been made that give a good picture of how agricultural companies exploit the resources that they use in their agricultural enterprise and other business. By trying to combine such surveys with other register data researchers should be able to improve knowledge of the agricultural companies’ structural change and their role in rural areas. Growth Analysis proposes that possibilities to combine micro-data in registers and specific surveys be further investigated by the Swedish Board of Agriculture and Statistics Sweden.

In order to find as good a basis possible for comparisons between different activities inside and outside the agriculture sector, it is necessary to investigate the consensus between different specific sources of statistics. Growth analysis proposes that Statistics Sweden and the Swedish Board of Agriculture be assigned to investigate and report on how the companies in the agricultural register agree with the companies in Statistics Sweden’s company register and in the labour statistics based on administrative sources (RAMS).

Any description of the changes in the rural areas presupposes not only a geographical delimitation below municipality level but also statistics that can fill this delimitation with content. Geostatistics linked to property coordinates and workplaces may constitute such a source. Address quality has also improved considerably, even if some deficiencies still remain in the address register. This also limits the possibility to describe development in rural areas. A uniform physical delimitation of the country’s rural areas, but not necessarily shared by all involved, is a prerequisite to be able to identify different economic and social phenomena in rural areas.

By means of a general analysis, Growth Analysis has shown that it is possible to describe what activities are carried on in rural areas by companies other than agricultural companies. Geographically high-resolution statistics can thus constitute an interesting starting-point for these and other regional-economic analyses that have local specialisation and differentiation as their starting point. A prerequisite for this is continued improvement of workplaces’ geo-coding. Growth Analysis proposes that the government assign Statistics Sweden to further investigate what resources are needed to improve the geo-coding of coordinate-based workplace statistics so that they give a sufficiently good picture of the structure of activities in the rural areas. For many reasons, however, general access to such statistics is not possible. This kind of facts and statistics should be refined and made available by expert state authorities such as the Swedish Board of Agriculture and Growth Analysis. Concerned authorities such as the Swedish Board of Agriculture and Growth Analysis can also develop their collaboration in respect of how rural areas are described.

A common delimitation and division of rural areas can in many ways facilitate description and analysis of the development of sparsely populated and rural areas. This should also promote a higher degree of evidence-based decision-making and learning within the rural areas policy at all decision levels.

Growth Analysis proposes that the classification into three types of municipality be used by government authorities for general, overarching descriptions of municipalities in a rural areas perspective.

The classification into three types may be too imprecise to relate to more specific prerequisites and potentials. This is done in a better way by means of complementary information that takes the population’s proximity to major towns/cities into account. A municipality is classified as close to a town/city when 50% of its population has less than 45 minutes’ journey time to an agglomeration with more than 50,000 inhabitants. In order to separate out very distant rural municipalities, yet another criterion is used, viz. the population’s average travelling distance to larger agglomerations.

Combining the original municipality classifications with an assumption of proximity to towns/cities with more than 50,000 inhabitants results in the proposal to expand the classification into six types of municipality. These are:

Growth Analysis proposes that the classification into six types of municipality be used by government authorities to relate to more specific prerequisites and potentials in general, overarching descriptions of municipalities in a rural areas perspective.

The proposed classification has the advantage of having a hierarchical structure that links together a physical demarcation of rural areas and aspects of population size and accessibility that are important in descriptions of agglomeration economies.

Growth Analysis proposes that the rural area classification described above be followed up at regular intervals in consultation with the authorities concerned. 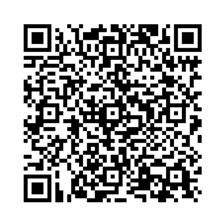