Facts and examples regarding local attractiveness

Why is attractiveness important? Increasing globalisation is changing the conditions for regions to influence their own development. Growth Analysis believes that this change has different consequences for the municipalities' or regions’ own room for manoeuvre and what they are able to influence. One way to manage this change, brought about by globalisation, is to focus more on issues which concern the attractiveness of the location. Attractiveness is not only about attempting different ways to make the place we live more attractive, but also to create a place that is appealing to others.

We know that globalisation creates:

This means that a location's attractiveness is an increasingly important factor in order to attract companies and residents. From a municipal perspective, it may therefore entail being in competition with other municipalities. This means attracting companies and investments to the municipality and enticing new inhabitants or visitors, and not least achieving an increase in tax income. Increased taxes make it simpler to run municipal businesses, even if many inhabitants will also entail higher costs and require an expanded service capacity.

The term attractiveness covers a wide range of issues, such as corporate development, physical planning in a broad sense, location marketing, tourism, services, etc. These are issues which all municipalities have worked with for a long time. The term has likely changed somewhat at certain times, but the content is largely the same.

The starting point for Growth Analysis is that it is hard to delineate and define specifically what issues should be included within the framework of studying the concept of attractiveness. It involves both major and minor issues, which means that there may be many avenues for studying municipalities' work on developing the location's attractiveness in practice.

In some cases, primarily in smaller areas, it is actually not relevant to focus too much on the physical environment and what can be done to improve it, but here work must be done on other issues and aspects of what is within the framework of improving the location's attractiveness. Our starting point is that these issues largely depend on what we ourselves can do to influence the area and so we therefore must review our own framework conditions and what it is possible to achieve. It also concerns issues on change, i.e. we must re-examine our strengths, weaknesses, networks, resources, approaches and visions. It means that we must identify and review our own local culture and see which parts are good and which parts need changing, as well as how we can develop the local culture in order to strengthen our own location both for those already there, and also in order to attract others to visit or move to the area.

Both the term attractiveness and its implications are therefore by their very nature difficult to define, as there is a long line of issues and remedies which together contribute to increased attractiveness – and which thereby make the municipality appear a more appealing place in which to live, to visit and/or to run a business.

There is not currently much research in this field, and neither is there any clear strategy within municipalities on how to work specifically on these issues. What there is, is a large amount of practical research that has lesser or greater relevance in developing the location's attractiveness within the framework of the municipality's general change work. This means that teaching on the subject is not sufficiently developed for Growth Analysis to be able to comment on which working method works better or worse within the framework of this project.

What has been possible is partly to focus on what the municipalities consider to be key issues concerning the development of where they live, and partly the ways in which we can work on attractiveness based on different prerequisites as well as discussing and reflecting on how to use our own resources and those of others in order to develop and strengthen the attractiveness of a location. Attractiveness largely concerns the issues that make people enjoy where they live, and that locations can grow and compete with others for businesses, workforces and other resources.

The focus of the report is what the municipality itself can do, based on its own prerequisites and mandate. The main questions/issues are: What do we want to achieve? Increase in inhabitants moving here, or alternatively a decrease in people leaving the area? Do we want to focus on specific groups of people that move here? How can we influence that? Must the starting point be that there should be a living to be made within your own municipality?

Growth Analysis would like to emphasise that, for many smaller municipalities, it is not primarily about population growth, but rather to break a negative development trend. In respect of larger municipalities which have essentially enjoyed a good level of growth, the issue is more growth-oriented, i.e. how to best use and improve the growth they already have. A location's attractiveness is important in different ways, based on what it is that people can and need to influence. If more of a specific type of competence is required, then thought must be given to what it is that people with that skill set find attractive and what it is that the municipality has or needs to develop in order to attract such people.

The conclusions from the case studies show that it is not enough to simply have available job opportunities, but to also have people living in that municipality. This is why the efforts to make municipalities attractive to potential residents is increasingly important. Offerings such as services, cultural activities, opportunities for leisure time activities, how a location is shaped, an urban core, etc. are the efforts which are given focus. The efforts are grouped into three factors which the municipality itself can influence:

In summary, it can be stated that there is not a single factor that defines attractiveness, and that it requires long-term work based on various prerequisites. Not just one solution, not just one method! 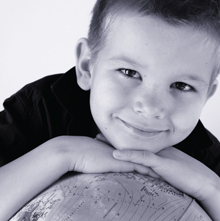 Facts and examples regarding local attractiveness