During the past four years the Government of Sweden has implemented an Environmental Technology Strategy, with the following goals: increased commercialisation of innovative environmental technology, higher firm
growth and increased exports from the environ­mental technology sector. 400 million Swedish kronor were allocated to the strategy. The Swedish Agency for Growth Policy Analysis, Growth Analysis, has conducted a
compre­hensive evaluation of this strategy and its implementation. We concluded however, that it is unlikely that these goals will be achieved.

In 2012 the Swedish government commissioned Growth Analysis to conduct a compre­hensive evaluation of the Environmental Technology Strategy. Growth Analysis conducted a broad evaluation of the strategy as a whole as well as of its individual measures, or components. Since that time, Growth Analysis has published five interim reports. The initial reports studied the implementation of the strategy from a process perspective. Growth Analysis has also actively supported the implementing agencies, primarily with the objective of minimising overlaps between their roles and mandates and increasing collabo­ration between them. The aim of this final report is twofold. We aim to generate know­ledge that can inform future governmental initiatives to promote environmental technology as well as to draw some conclusions as to what results and effects can be expected from the current strategy.

The aims and design of the strategy

The Environmental Technology Strategy included 26 different measures that were carried out by ten publicly funded agencies. Firms, and in some cases research institutes, have received 28 per cent of the resources allocated – a relatively small proportion. About half of the resources have remained inside publicly funded agencies with the objective of strengthening their activities to promote Swedish firms in the environmental technology sector. The strategy is very broad, and does not focus on any one specific area. The actual support that firms have received has also been small in relation to the factors that are known to affect environmental technology firms’ growth potential.

Export promotion measures, directed towards firms with relatively mature products, make up a large part of the strategy. In addition, increasing exports is also stated as a goal for the measures directed towards supporting innovation. An analysis of the measures in the strategy shows that they are exclusively focused on the supply side. There are no measures to either increase demand or strengthen markets for environmental technology.

The rationale for the strategy is that the environmental technology sector, in the absence of governmental intervention, would not develop to a socially optimal level. The strategy, however, is not based upon clearly identified problems or a thorough analysis of factors that may be impeding growth in the environmental technology sector. Without such an analysis, it is difficult, if not impossible, to assess whether the strategy has potential to meet the aforementioned goals. In previous studies concerning preconditions for a green structural transformation of industry, Growth Analysis has identified a number of relevant factors that affect the development and dissemination of environmental technology.

The measures in the strategy and their implementation

Growth Analysis has assessed the 16 measures in the strategy that have been implemented through industrial policy instruments. We have assessed them against four criteria: (1) their potential to contribute to meeting the stated goals, (2) the additionality of the measures as compared with the implementing agencies’ existing mandates and activities, (3) the additio­nality of the measures for the target group, in most cases environmental technology firms, and, finally, (4) the potential for agencies to use lessons and experiences, learned from implementing the measures, in the future.

The analysis shows further that the additionality of the measures in the strategy is question­able as they concern activities that the implementing agencies already carry out on a rather routine basis. Many of the identified measures are, in effect, business as usual. Consequently, these measures create good prospects for the agencies to use lessons and experiences from implementing the measures in their future work. In several cases, the implementing agencies have incorporated the new measures from the strategy directly into existing programmes. This incorporation represents a positive move because it can make it easier for firms to navigate the complex system of growth policy instruments.

We find no apparent added value in identifying agencies’ pre-existing activities as new measures given as special assignments. On the contrary, this can be described as redun­dancy and micro-management, which adds little, but an increased administrative burden on the agencies. In some cases the interest from the target group, in terms of firms’ interest in participating in the support measures, has been low. This indicates a degree of discrepancy between the support measures and the Swedish industry’s current needs and interests.

For future initiatives to lead to a high level of growth in the environmental technology sector, we recommend that they include the following: (1) a clear focus on a limited area, (2) a greater reliance on evidence-based measures, and, (3) a balance between supply-side focused and demand-side focused measures. Additionally, further efforts need to be under­taken to identify and evaluate the types of activities that many of the measures in the strategy include, such as export promotion activities, in order to gather evidence on what effects they have on firms. 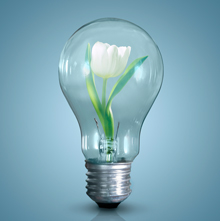